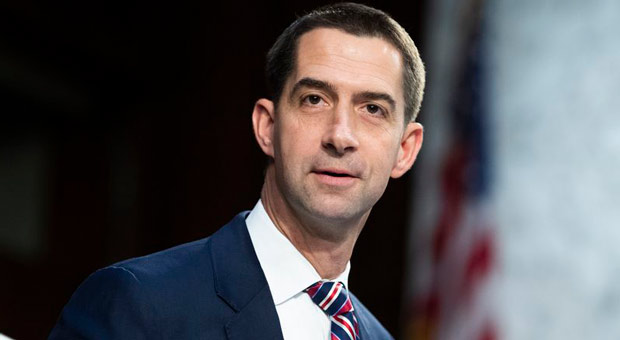 During Thursday’s edition of Fox News Channel’s “America’s Newsroom,” Cotton said his legislation would ban China and China-linked firms from buying land in the United States.

He added that farmland purchases by china “surrenders the massive strategic advantage we have here in America.”

“The United States not only can feed our own people, we can feed much of the world.”

“We should not allow Chinese nationals to buy up American farmland or to invest in American food and agricultural companies,” he added.

“We should protect those critical assets for our own country.”

“[I]n China, you don’t just get to leave the country or take your money out of the country without government permission and government oversight,” he added.

“It’s not like America. You can’t just go buy a farm in Canada, you can’t get a timeshare in Mexico.”

“The people that are coming out of China to buy farmland and food and agricultural companies are doing so because the Chinese communists want them to.”

“This is a national security threat, and it surrenders the massive strategic advantage we have here in America that we are the world’s breadbasket while China can’t feed its own people without food imports.”

As The Daily Fetch reported:

Noem said it poses the “same concerns” as land acquisition by the Chinese Communist Party.

While pushing synthetic meat, Gates has been purchasing thousands of acres of U.S. farmland.

Noem said that Gates and China amassing large quantities of land had the “same concerns.”

“I think the same concerns and questions should be addressed in all those situations,” Noem said.

“I’ve talked for over 15 years that I’ve worked on agriculture policy about the fact that I believe it’s a national security issue,” she continued.

“The reason that we’ve always had farm programs or different situations with policy in agriculture is because America embraced — for years — a food supply chain that we believed should be diversified to keep it competitive and to make sure that it was going to be affordable for everybody in this country to go to a grocery store and be able to buy their food, and that one person didn’t control it,” she said.

n that we believed should be diversified to keep it competitive and to make sure that it was going to be affordable for everybody in this country to go to a grocery store and be able to buy their food, and that one person didn’t control it,” she said.