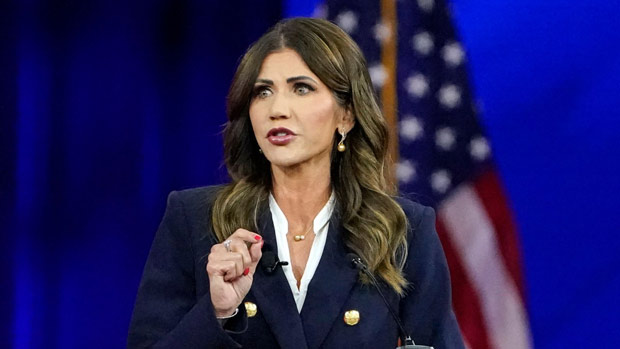 While pushing synthetic meat, Gates has been purchasing thousands of acres of U.S. farmland.

Noem said that Gates and China amassing large quantities of land had the “same concerns.”

“I think the same concerns and questions should be addressed in all those situations,” Noem said.

“I’ve talked for over 15 years that I’ve worked on agriculture policy about the fact that I believe it’s a national security issue,” she continued.

“The reason that we’ve always had farm programs or different situations with policy in agriculture is because America embraced — for years — a food supply chain that we believed should be diversified to keep it competitive and to make sure that it was going to be affordable for everybody in this country to go to a grocery store and be able to buy their food, and that one person didn’t control it,” she said.

“So when you see the kind of concentration that we see, for instance, in our meatpacking supply chain, or now in our fertilizer companies and supplies, where they come from other countries, and then we see large pieces of land getting bought up by one entity or another, and we start losing that diversity — that competition — that is very concerning,” she added.

“It has become clear in recent reports that Mr. Gates is the largest private farmland owner in America; he now owns nearly 270,000 acres of farmland across 19 states,” South Dakota Congressman Dusty Johnson said.

South Dakota has a legal provision barring foreign countries from owning land over a certain threshold.

Kristi Noem said her state’s legislature is reviewing those provisions to address the foreign acquisition issues.

Noem addressed another “national security threat,” which is border and immigration, describing it as “literally a war zone.”

“The drugs and human trafficking are devastating for our state,” she said.

“I have nine Native American tribes, and they are sovereign governments. I don’t have any authority or jurisdiction on their lands. And a lot of the drugs and trafficking that’s happening that go out throughout the Midwest are being funneled through my tribal reservations.”

“So, there’s very little law and order there,” she continued.

“There’s a lot of poverty and wide open spaces, and we’ve got some of the cartels that have a presence in South Dakota on our reservation land and a lot of those drugs are moving through those areas — and I have very little that I can do to address it.”

She also said she is threatening state contracts and licensing for NGOs that facilitate illegal immigration.

So stop them from acquiring our land, Kristi! That’s why you were hired!!

No land to be sold to noncitizens period!

After the way China has behaved, kick them out of our country lock-stock-and-barrel… we don’t them nor do we want them. Send their college brats packing back to the slave camp. Send Bill Gates along with them. It’s bad enough we have to put up with his lousy windows software, but buying our farm land… this buffoon couldn’t grow a Chia Pet.