Tim Scott on Trump Raid: ‘This Has Been a Witch Hunt for Six Years’ 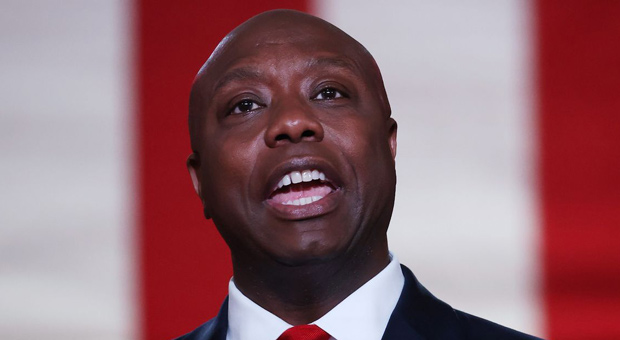 During an appearance on FNC‘s “Hannity,” Scott emphasized the right path forward was winning in November to impanel an investigation.

“Think about it. This has been a witch hunt for six years,” he added.

“Think about the Steele dossier, the Russia collusion, two failed impeachment attempts, and even more.”

“I can’t imagine how anyone in our country doesn’t look at this with eyes of suspicion.

“There’s no question in my mind that this is an overreach at best and frankly, asking for a criminal warrant that gives you a space of time between August 5 and August 19 because they’re looking for national security-sensitive information,” Scott continued.

“There’s nothing that comes to the conclusion that you would ever give someone two weeks to go through that process.”

“This is devastating,” Tim Scott added.

“We’re in unchartered waters. It is stunning to our country, and frankly, this is something we have to continue to dig into,” he added.

Earlier this week, Trump revealed additional details on the circumstances surrounding the FBI’s raid of his Mar-a-Lago home.

Trump said in a post on Truth Social on August 10 – referencing boxes that may have been used to store presidential records in Mar-a-Lago:

“Then on Monday, without notification or warning, an army of agents broke into Mar-a-Lago, went to the same storage area, and ripped open the lock that they had asked to be installed. A surprise attack, POLITICS, and all the while our country is going to HELL!” Trump said.

Trump’s statements raise more questions on the justification and appropriateness of the raid, which was carried out as part of a probe into whether Trump took presidential records with him after he left office.

At the persuasion and suggestions of Hillary Clinton, Bill Clinton and Barack Obama exerted influence on Joe Biden in sending FBI agents to raid Donald Trump’s Mar-a-Lago residence, while it is rumored that Hillary Clinton wanted some “documents” recovered from there proving her already flopped accusation of Russia collusion during 2016 presidential election…. They KNOW that President Trump is going to win again…and they are so fearful and desperate to get his proof away from him… They are losing their minds in fear, and they have become insanely dangerous and desperate to hide their crimes.

We have to let the witch hunt play out.

Exactly.
He must feel some pressure to backtrack like this.

Too late Scott. We have to go with your initial reaction where you stated “we have to let this play out before expressing any opinion”. Did you realize, too late, that you stepped into a pile of s**t with that statement, and now are trying to back your way out of it? As a voting Republic in the great state of South Carolina, you are dead meat for me, and a hellava lot of voters here feel the same as me. Don’t be surprised if a challenge is mounted against you in your next election primary. Jim DeMint anyone?