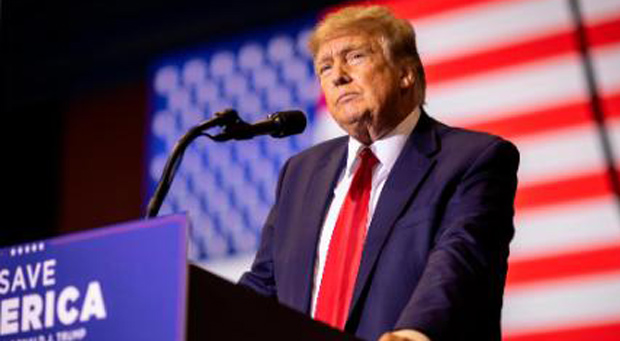 Trump said in a post on Truth Social on Aug. 10 – referencing boxes that may have been used to store presidential records in Mar-a-Lago:

“Then on Monday, without notification or warning, an army of agents broke into Mar-a-Lago, went to the same storage area, and ripped open the lock that they had asked to be installed. A surprise attack, POLITICS, and all the while our Country is going to HELL!” Trump said.

Trump’s statements raise more questions on the justification and appropriateness of the raid. which was carried out as part of a probe into whether Trump took presidential records with him after he left office.

“Nothing had been hidden and nothing had been kept secret from them, which makes this all more all the more ridiculous,” Trump’s lawyer told The Epoch Times on Tuesday.

Bobb also said federal agents were looking for presidential records at Mar-a-Lago during the raid.

“Donald Trump didn’t commit a crime,” she said. “They would have to lay the foundation that Donald Trump actually packed up his own office, and Donald Trump was actually the custodian of these records, and that he actually moved them.”

While the Presidential Records Act of 1978 stipulates that an administration must transfer to the U.S. Archivist (head of the National Archives) certain classified records related to the president’s duties by the end of the president’s term, few former presidents have done so in a short period of time, and none have been prosecuted as a result.

Allies of Trump have been questioning whether a political motive underlies the raid.

“NARA’s singling out of President Trump’s handling of official records stands starkly in contrast to the way NARA has treated far clearer violations committed by politicians and officials who are not Republicans,” 20 Republicans, including numerous Committee ranking members, wrote in an Aug. 10 letter addressed to U.S. Acting Archivist Debra Wall, first published by Politico.

“The seeming weaponization of the federal government against President Biden’s political rivals cannot go unchecked, and if NARA is working to further these efforts, it will be only the latest agency to lose its credibility in the eyes of the American people under the Biden Administration,” the Republican lawmakers wrote.