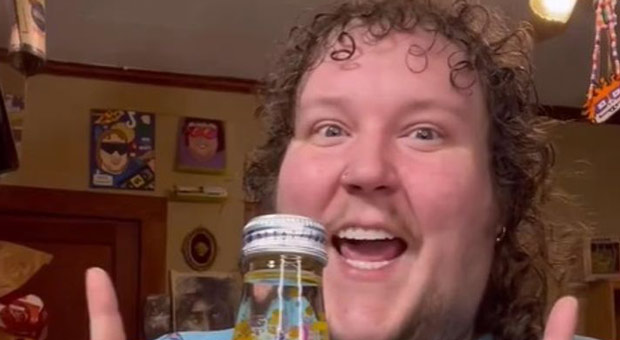 A TikTok star who shot to fame for posting videos of himself eating bizarre snacks has died at the age of 33 from a suspected heart attack.

Taylor LeJeune, known on TikTok as Waffler69, boasted 1.8 million followers on the platform.

LeJeune regularly posted videos of himself eating odd and sometimes expired food, including canned ham from 1960, baby food, and even reindeer meat.

“He was rushed to the hospital, and I want to say, like, an hour and a half later he passed away. This is still pretty new,” he said.

“I don’t know what’s going to be happening in the near future… but I thought I should get on TikTok and let everybody know.”

Claydorm said he received a call from his mother saying she needed to take LeJeune to the hospital because he could not breathe, Sky News reported.

An ambulance took him to the hospital, but he was pronounced dead shortly after, Mr. Claydorm said.

Mr. Claydorm set up a GoFundMe page to raise money for funeral costs for the TikTok star.

“This has been insane to see how many people truly loved my brother besides my small circle of family.”

Waffler69’s last video before he died showed him eating a Big Fruit Loop dipped in milk after a follower suggested it.

“Please keep his legacy alive,” he said in the TikTok video.

“Watch his content that he does have out. Keep him alive. He loved making people happy.”

So, obesity’s not quite the healthy lifestyle everyone’s trying to portray it as.