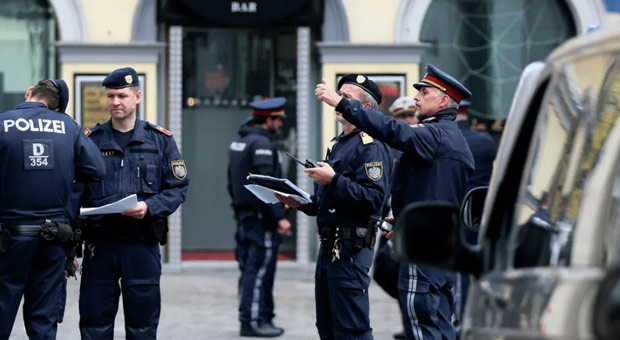 A new legislation in Switzerland will make it illegal for Swiss citizens to heat their homes to more than 19°C in the event of an energy shortage this winter.

As European state officials warn of impending riots amid looming gas shortages, the dire reality of the consequences of mismanagement by government officals and the war in Ukraine is becoming more apparent.

Meanwhile, Swiss citizens violating the country’s new heating rules could face fines of up to 3,000 Swiss francs and even three years in prison, Remix News reported.

However, the World Health Organization recommends the temperature is no colder than 20°C for children, those with existing health conditions, and the elderly.

Spokesperson of the Swiss Department of Economics, Markus Spörndli, said that “infringements of the law on the supply of the country are always misdemeanors, even […] crimes, and must be prosecuted ex officio by the cantons.”

Spörndli said that fines for violating the new energy laws would range from 30 francs to 3,000 francs per day, adding that the severity of the penalty would depend on the nature of the offense and the perpetrator’s economic situation.

Consumers who wilfully violate the government guidelines could also be jailed for three years.

“The draft ordinances are based primarily on the fact that the vast majority of the population respects the laws,” he added.

Last week, Economy Minister Guy Parmelin told reporters at the Federal Council conference that although Switzerland is “not a police state,” there will be spot checks to ensure people comply with the new laws.

READ MORE:  Trump Issues Fresh Attack Against McConnell and Others Who 'Vote with Him'

Swiss cantons now have until Sept. 22 to discuss the proposals.

The DEF only expects fines to be issued “if the infringement was reported and checked and could then be proven.”

But police chiefs worry that such enforcement will be difficult:

“There are still a few open questions that need to be clarified,” Fredy Fässler told Blick, adding that he does not want to see the energy police going door to door: “We want to apply the ordinance with discernment.”

As we previously reported, many other European countries are introducing similar restrictions as officials blamed Russian leader Vladimir Putin.

But French economist Charles Gave said the “blame Putin” narrative is no longer washing with the public.

“For the last 15 years, our European leaders have gone into a climate craze, promoting magic mirrors and windmills as the solution. It does not work. These solutions demand the same capacity in gas power plants,” Gave said.

Last month, French President Emmanuel Macron warned that his country was facing the “end of abundance.”

The French leader said the public needed to “agree to pay the price” of what he termed “our freedom and our values” by enduring the hardships of a sudden drop in living standards.

Meanwhile, Putin himself warned that Western elites’ “sanctions fever” against his country would only hurt them and their people.

“I’m referring to the West’s sanctions fever,” he said, criticizing “blatant and aggressive” attempts to “subjugate” countries that refuse to impose economic restrictions on Russia.

Not to fret. Lots of us saw this coming and are good with it.

French President Emmanuel Macron warned that his country was facing the “end of abundance.” …meaning he is ending abundance and replacing is with scarcity in his own country for his WEF masters. Traitor.