Stacey Abrams Campaign Raises More Than $100M, but Still Claims to Be in Debt 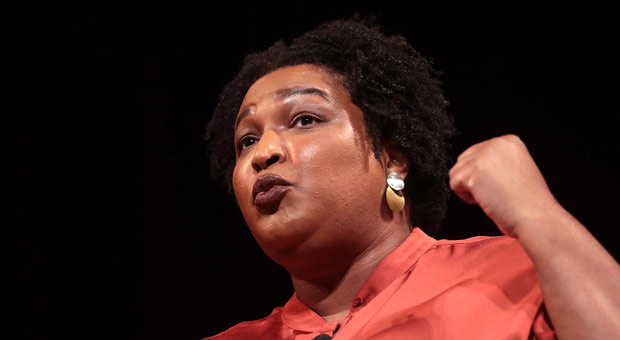 Failed Georgia gubernatorial candidate Stacey Abrams lauded her $100 million fundraising haul in the 2022 cycle, but her campaign has revealed it is still in debt.

Abrams’ campaign staffers were also cut from pay shortly after the November election.

Multiple staffers said they stopped receiving pay one week after Abrams lost to Gov. Brian Kemp, R., with some staffers saying they were struggling even to make rent on time.

“People have told me they have no idea how they’re going to pay their rent in January,” one former staffer told Axios. “It was more than unfortunate. It was messed up.”

Axios reported that “money became so tight that most of the 180 full-time staffers were given an abrupt paycheck cutoff date — just a week after the November election.”

“We did not just lose, we got blown out,” Groh-Wargo said.

“It was the most sub-optimal situation to be in. And we will be dealing with that situation for some time.”

Groh-Wargo acknowledged that a “cavalcade of negative press and negative polling” was part of the problem; Abrams had outraised Kemp via her campaign and leadership committee, One Georgia, with a total of $105.3 million through October 25, finance reports revealed.

RELATED: Incoming House Democrats Want to Abolish All Prisons in the U.S

According to the GBP report, the total amount raised between the two sides broke the previous record.

Together they raised four times the amount Abrams and Kemp did in their 2018 face-off.

Financial disclosures are due next month.

Despite her first loss four years ago, Abrams was seen as a rising star within the Democratic Party, and even touted how she would be “an excellent running mate” to Joe Biden during his 2020 presidential campaign. Abrams, who previously served in the Georgia House of Representatives, has long been criticized by Republicans and conservative media for her refusal to concede to Kemp in their first matchup.

A former Abrams campaign staffer told 11Alive, an NBC affiliate in Atlanta, most of the candidate’s 2022 team of roughly 180 received their final checks on November 15, just one week after Kemp won reelection, though this person noted that health benefits stretched through the month and the campaign’s human resources department helped members find new jobs. By comparison, Axios reported that staff in Kemp’s campaign were paid through November and received bonuses.

“If we had ended the campaign with enough money to pay staff through January, and we lost — I think there would be pieces coming out about why does [the campaign] have like $2 million in bank,” the former staffer told 11Alive.

“I think the campaign was as transparent about things as it possibly could be.”