SBF’s Former Girlfriend Throws Him Under The Bus, Agrees To Cooperate With DOJ 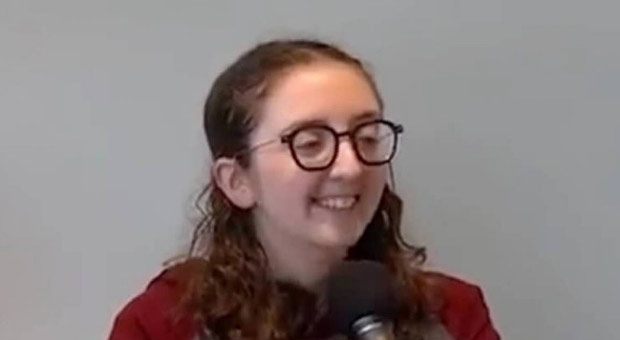 FTX co-founder Sam Bankman-Fried has more bad news after two executives connected to his bankrupt Crypto exchange, one of which is his former girlfriend, Caroline Ellison, pleaded guilty to criminal charges and are now cooperating with the DOJ.

It has been confirmed that Ellison has stuck the final dagger in Bankman-Fried as the criminal prosecution gets underway.

Two FTX founders, Sam Bankman-Fried’s closest associates, have pleaded guilty to fraud and agreed to cooperate with US authorities in investigating the collapsed cryptocurrency exchange.

In simpler terms, they took a plea deal to avoid even more prison time, and sacrifice SBF in the process.

US attorney for the Southern District of New York, Damian Williams, announced the guilty pleas and criminal charges against Caroline Ellison and Zixiao “Gary” Wang in a video statement. Eight charges were brought against Bankman-Fried last week.

Ellison pleaded guilty to seven counts, which included wire and securities fraud and conspiracy to commit money laundering. All seven charges carry a maximum sentence of 110 years in prison, while Wang pleaded guilty to four counts of fraud, which has a maximum 50-year sentence.

Meanwhile, the Securities and Exchange Commission and the Commodity Futures Trading Commission also filed civil lawsuits against Ellison and Wang.

“As part of their deception, we allege that Caroline Ellison and Sam Bankman-Fried schemed to manipulate the price of FTT, an exchange crypto security token that was integral to FTX, to prop up the value of their house of cards,” said SEC chair Gary Gensler.

As the CEO of the FTX trading affiliate, Ellison “used FTX’s customer assets to pay Alameda’s debts,” diverting billions from depositors’ money to the company to fill the gaping hole caused by May’s crypto market crash.

According to the CFTC, Wang was also involved in creating some of the algorithms that underpinned FTX, allowing Alameda “to maintain an essentially unlimited line of credit” on the exchange and giving it an “unfair advantage” over regular depositors.

“These critical code features and structural exceptions allowed Alameda to secretly and recklessly siphon FTX customer assets from the FTX platform,” they said.

Ellison was romantically involved with SBF after they met when they worked together at the trading firm Jane Street.

I regret to inform you that SBF has taken his own life next Thursday morning. He will be missed.

So sad. Where can send flowers.

Hey, what are friends for? Criminals routinely rat their partners out in exchange for a lighter sentence. His buggly ‘girlfriend’ will have a very tough time n prison so ratting him out may get her put in a luxury celebrity ‘prison.

As in the back in the.Area 51 holding cell.