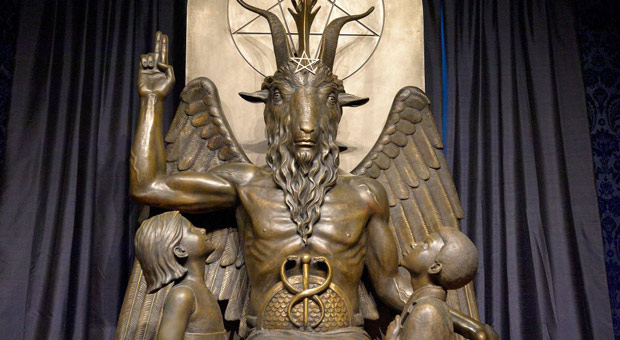 A local school board for a Pennsylvania high school has approved an event hosted by The Satanic Temple next month.

The Northern York County School District said it approved an application for “the Satanic Temple to use our facility as we were required to do so by Board police No. 707,” according to a statement provided to WHP-TV.

The school district said it doesn’t endorse the activities of any outside organizations that rent its facilities.

The school board’s approval follows initially voting down the Satanic Temple’s request in April to host “After School Satan Club.”

“There is a lot of evil already in this world, so to allow it to come into our school and our community is not OK,” parent Laura Vangeli told the station in April.

But the Temple threatened legal action against the board for its decision, according to the York Dispatch.

According to the WHP, the Satanic Temple expressed interest in hosting its event after a group of parents reached out in response to the Christian-affiliated Dillsburg Community Worship and Prayer being permitted to host an event at the high school.

Despite the group’s use of Satanic symbols and iconography, the Temple’s school-based activities don’t claim to be religious.

“Proselytization is not our goal, and we’re not interested in converting children to Satanism,” the mission statement for the school-based club says on its website.

“After School Satan Clubs will focus on free inquiry and rationalism, the scientific basis for which we know what we know about the world around us.”

According to co-founder Lucien Greaves, the Satanic Temple doesn’t begrudge anybody for having a prayer event; however, it does become “a serious problem when you allow a back-to-school prayer event, but you don’t allow any other religious representation.”

According to the York Dispatch, the IRS granted its tax-exempt status to The Satanic Temple in 2019.

The group is not to be confused with the Church of Satan, a separate strand of the belief system founded in the 1960s.

“After School Satan Club” will be hosted on Sept. 24 at Northern High School, designed to teach children as young as five.

Who sends their children to participate in such foolishness?

Even most Christians are brainwashed into thinking Halloween celebrations are OK for their kids because “all their friends are doing it.” This isn’t that far off. It’s evil wrapped up in pretty trappings, like a chocolate covered t**d.

Why don’t the parents on the Right ever show up, as does the Left, and not allow these bastards into the school?

They have jobs, families, commitments, obligations, jobs, and an actual life.

Careful! This is a federal “honey pot” hoping to make normal Americans as a “goat”…