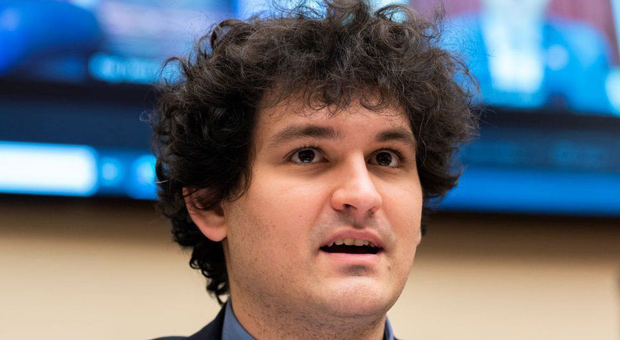 The CEO of the now-bankrupt FTX cryptocurrency exchange announced earlier this year he would donate “north of $100 million” and up to a “soft ceiling” of $1 billion for the Democrat candidate running against President Donald Trump in 2024.

Elon Musk said the $40 million in donations to Democrats was nowhere near the actual figure, suggesting it was likely to be around $1 billion.

Disgraced cryptocurrency mogul Sam Bankman-Fried met with four Biden officials this year before the collapse of his FTX empire and his arrest in the Bahamas.

The Democratic donor, 30, awaiting trial for what prosecutors say is one of the biggest financial frauds in U.S. history, held talks with senior White House advisor Steve Ricchetti on September 8, Bloomberg reported on Thursday.

He has had at least two other meetings with Ricchetti on April 22 and May 12 and another with top aide Bruce Reed.

Bankman-Fried’s brother Gabriel also participated in a meeting on his own on May 13.

The latest report is further evidence of the deep ties Bankman-Fried had with Washington before he was charged with defrauding investors out of at least $1.8 billion.

The news that Bankman-fried met with Biden officials comes weeks after some Democrats refused to return the money to FTX and instead opting to donate to charity.

“The bankruptcy trustee could still ask that donations made by FTX donors be returned if courts determine Bankman-Fried and other FTX executives committed fraud,” Bloomberg reported.

Attorney Ilan Nieuchowicz said the return of funds from Demcorats would depend on fraudulent intent surrounding the company.

Brett Kappel told the Associated Press it would be “prudent” for Democrats to keep or earmark the money “given the high likelihood the bankruptcy receiver will be seeking their return.”

Democrats who have chosen to donate FTX contributions instead of returning them are as follows:

Debbie Stabenow wasn’t up for election this cycle.
She needs to return every penny.