Russia Would Rather Face Defeat than Use Nuclear Weapons, Security Expert Claims 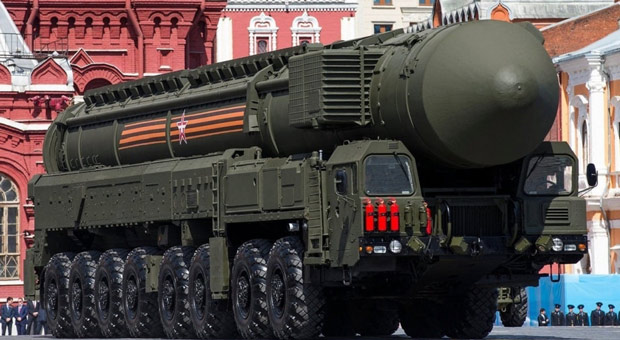 Despite Joe Biden declaring the United States is on the brink of nuclear “armageddon” with Russia over Ukraine, a nuclear weapons expert says it would not make sense for Russian leader Vladimir Putin to follow through on recent threats.

Michal Smetana, a security analyst and expert in nuclear weapons, told Echo24 that there is no reason to believe that the alleged “nuclear train” was transporting nuclear weapons, saying it was formed on a dubious media narrative.

Smetana also talked about the recent deployment of the nuclear submarine Belgorod.

“Nuclear submarines and their surfacing are certainly something that the United States and NATO allies, in general, are watching quite closely; it’s a potentially important indicator,” he said.

“However, I would still be cautious about making any big conclusions. This alone is unlikely to indicate any significant change in Russia’s determination to use nuclear weapons in Ukraine,” Smetana told the news outlet.

“Nuclear weapons on submarines are primarily intended for a retaliatory nuclear strike, especially the Poseidon nuclear torpedo, which is often mentioned in this context today. However, Russia may, for example, use a submarine for a demonstrative test of this new system — but in such a case it will undoubtedly be without a nuclear warhead,” he added.

Responding to how Russian society views the possible use of nuclear weapons, Smetana noted that public opinion is not the only or the most important indicator of whether Putin would use nuclear weapons:

“In the research itself, we came to a finding that may seem paradoxical. Russians like their nuclear weapons as a symbol of Russian greatness. They are proud of them and see them as an important aspect of Russia as a world power. However, they perceive the use of nuclear weapons very critically,” Smetana said.

“That aversion is very high in our research. We have worked with various experimental scenarios in which, for most Russians, nuclear weapons are an option they would like to avoid. Most Russians would even rather be in a situation where Russia is threatened with military defeat in a regional conflict than use nuclear weapons.”

Smetana says attitudes could change dramatically in the case of Moscow itself being attacked or someone else using nuclear weapons against Russia first.

“We have just worked with scenarios in which NATO is involved militarily. In this variant, we have seen a very strong aversion to using nuclear weapons, even in the case of purely demonstrative nuclear explosions, for example, somewhere over the sea,” he said.

“We did not work with the Ukrainian scenario itself, but it is even more likely that using them, for example in the context of the Ukrainian attack, on the newly annexed territories, which most of Russian society does not perceive as part of Russia and has no strong emotional relationship with them, would probably be difficult for Russian society to accept,” he added.

“In the case of Crimea, the question mark is bigger, but it is still true that the aversion to using nuclear weapons is high in Russian society, and there is a strong preference for using other weapon systems.”

Smetana notes that the research data came from before the war when people were not afraid and did not expect possible punishment in case of any answers contrary to Russian government policy. The representative sample consists of 1,500 respondents.

“Current research in Russia is much more problematic in this regard. Indeed, you, as a Russian, have a great incentive not to participate in research at all, or to hide your true preference because it poses a personal risk to you,” Smetana said.

“However, even in such limited recent research, we see that the Russians overwhelmingly reject the use of nuclear weapons in Ukraine.”

The Soviets intended to use submarines as first strike weapons especially to strike Washington DC in minutes with a barrage of nuclear cruise missiles.