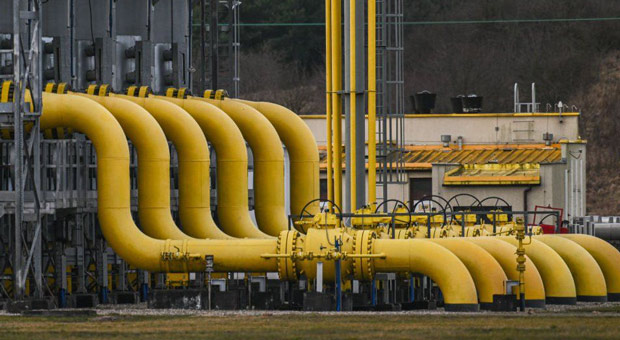 Russia has severed its gas supply to a major energy company in France as the country’s Prime Minister warned that fuel rationing over the winter is now likely.

Russia cut down on the amount of gas to the European state, as France now faces losing its much relied upon energy exports on Tuesday.

France would effectively force its householders to ration the use of energy this winter, while begging the industry in the state to also reduce their usage.

Le Figaro reported that the Russian state gas company Gazprom announced that it was reducing the amount of gas it is sending to French energy company Engie with immediate effect.

Engie said the abrupt reduction was down to a “disagreement between the parties on the application of contracts.”

But the firm later claimed it had already taken steps to ensure customers would be protected from such a reduction.

“…ENGIE had already secured the volumes necessary to ensure the supply of its customers and for its own needs, and implemented a series of measures to significantly reduce the direct financial and physical impacts that could result from interruption of gas deliveries by Gazprom,” a press release from the company read.

Although the company seems confident it won’t be negatively affected, members of the French government are expressing concern about the sudden exit of Russian fossil fuel exports from the EU.

The “end of abundance”

French President Emmanuel Macron warned last week that his country was facing the “end of abundance.”

Macron warned the public they need to “agree to pay the price” of what he termed “our freedom and our values” by enduring the hardships of a sudden drop in living standards.

Borne issued the warning while speaking to French business leaders, begging them to do everything they could to reduce their power usage to avoid limiting energy use.

“If we act collectively, we can overcome the risk of shortages,” she said.

“But if each one of us fails to do our part, or if all negative outlooks come to fruition at once, we will have to impose a decrease in consumption,” she added.

“If we end up with rationing, companies will be the first hit and unfortunately we need to be prepared for it,” she concluded.

Trump was right. Enjoy the end of abundance France.

Are we supposed to condemn Russia for this?
Because I won’t

Because you hate the Ukraine and love a dictator in Putin. Good for you! You probably either love trump, hate him or love Tucker Carlson

Remember whey they all laughed at Trump when he told Europe to no get into bed with Russia and enery.

It seems to me that the democrat party in America engineered the war between Russia and Ukraine. Can’t blame the Russian’s for fighting back against tyranny in any way they can.

Allow me to translate from Russian to French:
“Stop supporting Ukraine or French bastards will freeze this winter.”
“The USA is not coming to help you … The Biden Crime Syndicate is already paid”

Its too bad France started phasing our nuclear power at the insistence of uninformed “green” activists,.

Woke Leaders all failed. US could be shipping the excess energy to the EU had Biden and the Woke Green idiots didn’t shut it all down.

Now PA will elect a brain damaged, hoodie wearing slob who will end fracking in PA.

Fracking for gas can be done anywhere. Am I wrong?

So it might be possible to get some French popsicles this winter, eh?

Have to stop electing these people or we’re all going to be living a 21st century version of the dark ages.

Nancy Pelosi Caught Out Over Mysterious 'Timing' of Her MASSIVE Stock Trade, DOJ Lawsuit
In the closing days of Nancy Pelosi’s reign as House speaker and weeks before an antitrust lawsuit...
No posts found
wpDiscuz
12
0
What are your thoughts? Click to commentx
()
x
| Reply