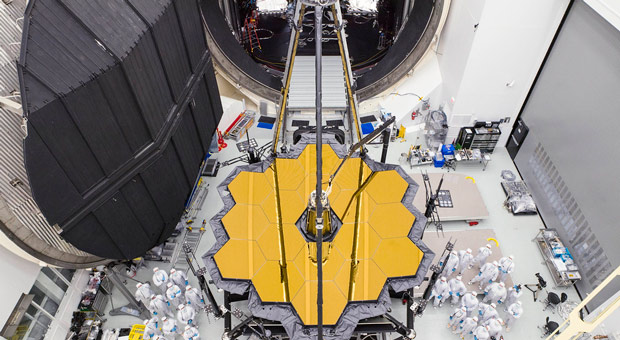 The Royal Astronomical Society has canceled NASA’s James Webb space telescope, the most powerful observatory ever built, because it was named in honor of a man who reportedly purged gay staff.

The society, which is 202 years old, orders its members to refrain from using the telescope’s full title over claims Mr. Webb was a homophobe.

The Royal Astronomical Society (RAS) wrote in a statement earlier this year:

“His stewardship led to the success of space projects such as the Apollo landings. His historical reputation is, however, compromised by evidence that he took part in purges of gay men from the federal workforce in the 1940s and 1950s in the so-called Lavender Scare.”

“Dismissing employees for the sexual orientation is entirely unacceptable,’ the statement concluded.

The society said they wrote to the UK Space Agency, the European Space Agency, and Nasa to voice concerns about the telescope’s naming process, dismissal of requests to rename the telescope, and the ‘apparent failure’ to investigate James Webb’s background.

“Until that investigation takes place and the results are made public, the RAS now expects authors submitting scientific papers to its journals to use the JWST acronym rather than the full name of the observatory,” they added.

The society argued that the naming process for large scientific projects should be more transparent, adding that they should have investigated Mr. Webb’s background before the telescope was named after him.

In November, NASA pushed back against claims its chief historian, Brian Odom, issued an 89-page report concluding accusations against Mr. Webb were misplaced.

The space agency admitted the federal government ‘shamefully promoted’ discrimination against gay employees in the 1960s. However, they concluded: “No available evidence directly links Webb to any actions or follow-up related to the firing of individuals for their sexual orientation.

The RAS said it was considering whether to change its position in light of the Nasa investigation.

“We’re very much aware of the report,” an official told The Times.

“We’ve looked at it with great interest, and our council is considering the best way to respond.”

“We just haven’t reached that position yet.”