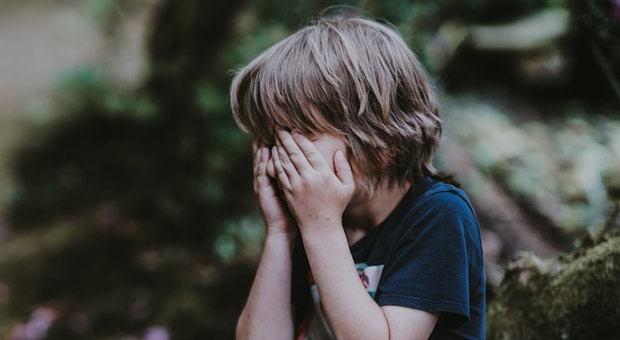 An academic in Belgium has come under fire after a “research” paper, in which he admits to being a pedophile while arguing that “minor-attracted persons” should be accepted by the LGBTQ+ community as a “sexual minority,” was recently unearthed.

The academic paper, which was published on the website Controversial Ideas by “Brecht Vaerwaeter” earlier – a pseudonym to protect the author from prosecution – argues that pedophilia should be classified as a sexual orientation and that society should accept “minor-attracted persons” (MAPs).

Vaerwaeter argues that “many men, as well as some women, are attracted almost exclusively to minors,” adding there should be support structures in society to support them.

To support his argument, he points to pro-pedophile societies like the North American Man-Boy Love Association (NAMBLA), Project Truth, and the Dutch-based Vereniging Martijn, which were granted membership to the International Lesbian and Gay Association until 1994.

Feminist site Reduxx uncovered the paper “The Pedophile as a Human Being: An Autoethnography for the Recognition of a Marginalized Sexual Orientation” last week.

“In the queue for the school canteen, my eyes drifted to the young kids who gathered in groups. During gym classes, I enjoyed the smooth calves of the second-year boys,” he said.

Vaerwaeter also details his own history of pedophilia, including sharing a tent with a thirteen-year-old boy: “I carefully crept a little closer. We were practically in a spooning position,” adding that he had a “prolonged” and “painful erection.”

“As I had hoped, it was not just about sleeping, since he was not averse to some wrestling and mutual tickling from time to time,” he wrote.

Vaerwaeter recounts spending the night with a 15-year-old:

“He grabbed my hand and pressed it onto his face… Overcome with emotion I started stroking his face, and then he opened his mouth a bit and sucked my finger for a while.”

Vaerwaeter adds that it was “clear that manually initiating a young, hormone-overflowing pubescent boy into the world of orgasm would certainly give me much greater satisfaction” than having “vaginal sex.”

As he continued to drive home his argument for societal acceptance of pedophiles, the academic called on the LGBTQ+ community to embrace pedophilia, claiming they are a “particular sexual minority” subject to “the same problems of stigma, discrimination and social isolation as other members of the LGBT community, albeit to a greater degree.”

“If the community is to be inclusive, then it must live up to the meaning of the ‘+’ in its acronym,” he proclaimed, adding that “rejecting pedophilia as a sexual orientation is unethical and intellectually unfair.”

The Journal of Controversial Ideas, in which the paper was published, was established by Oxford Professor Jeff McMahan and Princeton Professor Peter Singer to allow academics to publish “offensive, immoral, or dangerous” materials to aid the free exchange of ideas.

As soon as the flood gates were open to homosexual marriage, there was no barrier to another demonically inspired person to bring forth pedophilia. If you allow one perverse action, what right have you to deny my perverse action?