Republican Who Voted to Impeach Trump Narrowly Wins Another Term 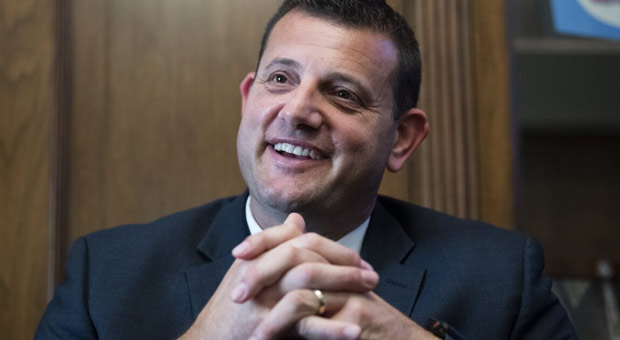 A Republican congressman who voted to impeach then-President Donald Trump has won another term, according to reports.

“The Central Valley is my home, and I am once again humbled by the Central Valley’s support and faith in me. Thank you #CA22, time to get back to work!” Valadao, 45, said in a statement.

According to unofficial results from the California Secretary of State’s office, Valadao had 51,842 votes, or 51.7 percent.

Salas had 48,461. All precincts have reported votes, but some still had votes left to count.

Valadao lost to Democrat TJ Cox in the 2018 election but beat Cox in 2020 to return to the House.

Valadao joined with nine other Republicans to impeach Trump after being sworn in.

“President Trump was, without question, a driving force in the catastrophic events that took place on January 6 by encouraging masses of rioters to incite violence on elected officials, staff members, and our representative democracy as a whole,” Valadao said at the time, referring to the Jan. 6, 2021, breach of the U.S. Capitol.

“Based on the facts before me, I have to go with my gut and vote my conscience. I voted to impeach President Trump. His inciting rhetoric was un-American, abhorrent, and absolutely an impeachable offense. It’s time to put country over politics.”

The Senate acquitted Trump after he left office.

Trump urged voters to vote out all the GOP members who voted to impeach him out of office.

The majority of lawmakers who fall into one of those categories have either left office or lost bids for new terms.

Rep. Jaime Herrera Beutler (R-Wash.) lost in her primary to Joe Kent, a veteran. The general election was called for Democrat Marie Gluesenkamp Perez, though the margin is close triggering a recount.

Rep. Dan Newhouse (R-Wash.) survived his primary against Loren Culp, a police chief, and triumphed over Democrat Doug White in the general election.

“I want to thank each and every one of you who voted and supported me and my campaign from the bottom of my heart. I am humbled and honored to be given the opportunity to continue to serve Central Washington in Congress once again,” Newhouse said in a statement after the race was called.