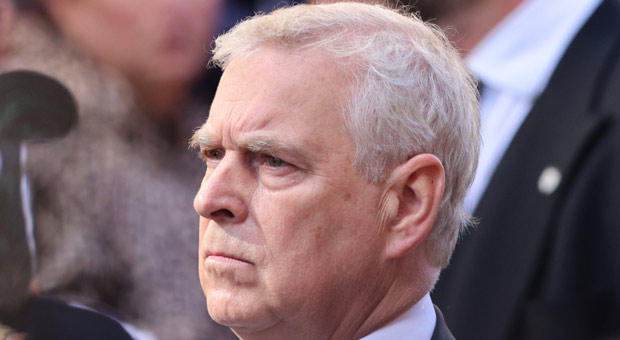 Disgraced Duke of York, Prince Andrew, was heckled as he joined King Charles‘ procession behind their mother’s coffin.

“Andrew, you’re a sick old man,” someone in the crowd shouts at Prince Andrew.

The video shows the mourners pushing the protester into the hands of the police.

The heckler was tackled to the ground before being dragged away.

Since settling a sex abuse case in New York, Andrew has made few public appearances.

The Prince has also been barred from wearing his military uniform for the historical procession and service at St Giles’ Cathedral, honoring the Queen’s life.

The Duke wore a black suit but was permitted to wear medals from his time in the Royal Navy.

A 22-year-old man was arrested ‘in connection with a breach of the peace on the Royal Mile,’ police confirmed.

Andrew, who stepped back from his royal duties following revelations of his relationship with pedophile billionaire Jeffrey Epstein, followed the hearse carrying the Queen’s casket as it moved down the Royal Mile in Edinburgh.

Andrew attempted to distance himself from Epstein, but he also called the financier “extraordinary” and described his dinner parties in an uncomfortably positive manner for some viewers.

“It would be a considerable stretch to say that he was a very, very close friend,” Andrew told Newsnight presenter Emily Maitlis.

“But he had the most extraordinary ability to bring extraordinary people together, and that’s the bit that I remember, as going to the dinner parties where you would meet academics, politicians, people from the United Nations. I mean, it was a cosmopolitan group of what I would describe as U.S. eminents.”

Andrew was criticised for appearing to discredit Giuffre and failing to take accountability for his association with Epstein.

A swiftly released statement from the prince via Buckingham Palace read:

“It has become clear to me over the last few days that the circumstances relating to my former association with Jeffrey Epstein has become a major disruption to my family’s work and the valuable work going on in the many organizations and charities that I am proud to support.

Support what and who? Klaus and the COSMOPOLITAN WEF scum that look at all us serfs as property? Them scums who,s day will be coming soon! Their last resort is pinpoint surgical nukes to hold the serfs back. Reason for all those satellites we used to think so cool. Any one disagree?

The Entire Euro Royal establishment is just a Criminal Cabal ….