Pelosi: Biden ‘Has Been a Great President,’ He Should Run in 2024 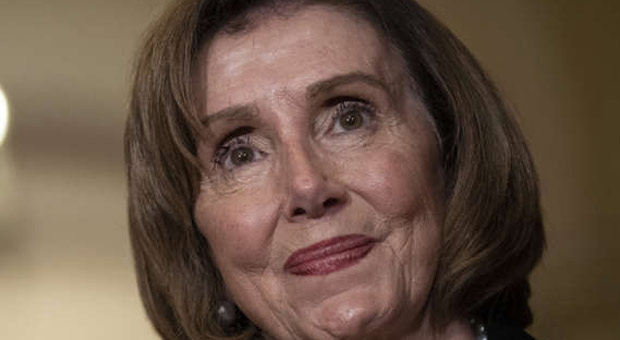 House Speaker Nancy Pelosi (D-CA) said he would fully support President Joe Biden if he runs for President in 2024 because he has “been a great president.“

During an interview on Sunday on ABC’s “This Week,” Anchor George Stephanopoulos asked, “Do you think President Biden should run again?”

Pelosi said, “Yes, I do. President Biden has been a great president for our country.”

“He has accomplished so much. Over 10 million jobs under his leadership, working with the private sector, of course,” she added.

“He has just done so many things that are so great we would need a lot more show to talk about it,” Pelosi said.

“He’s put money in people’s pockets, vaccines in their arms, children back to school, people back to work, for starters, creating 10 million jobs,” Pelosi continued.

“He’s made America independent by passing the CHIPS bill, that says we’re no longer reliant on those who withhold products that enable us to manufacture in our country.”

“I just saw him make the speech in Egypt where he spoke about America’s commitment to preserving the planet with legislation, the IRA, $368 billion in good-paying green jobs, clean air and clean water for our children, national security issues to stop migrations and competition for habitat and food as well as honoring our responsibility to future generations.”

Pelosi added, “He has been a great president. He has a great record to run on.”

As Axios reported, Pelosi claimed her congressional colleagues are encouraging her to run for another term as Democratic leader.

The comment is the starkest indication yet that Pelosi is mulling another run for the position she’s held variably as speaker and minority leader for nearly two decades.

In a CNN “State of the Union” interview, Pelosi said “of course” she will make a decision about re-election to the position before the Democrats’ leadership elections on Nov. 30.

Stupidity gone to seed. Adio Nancy and don’t let the door hit you in the A$$ on the way out!!!!!

Say What?! That is the most comedic thing I’ve heard all week!

Shouldn’t she be home playing with Paul’s hammer so he won’t have the boys over to play with it.

That’s the Spirit you spitefull raison.