ONE MASSIVE BOT TRAP: Why Elon Musk’s Poll about ‘Stepping Down’ Is Not What It Seems 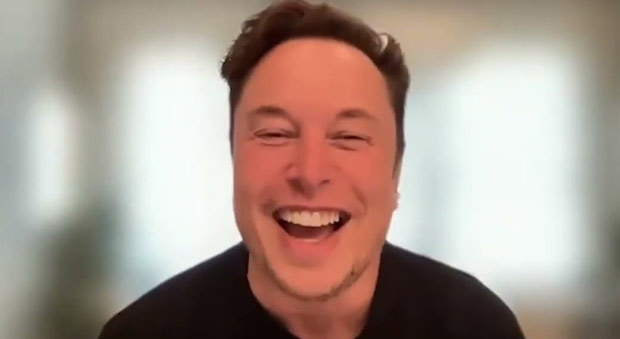 The media has been having a field day since Elon Musk’s poll asking users if he should step down as the head of Twitter, which now shows the votes favor him leaving.

But questions have arisen as to why Musk would conduct such a poll this early into his role as CEO of the platform. Clearly, it does not make sense Musk would put himself in such a vulnerable position, especially as he’s already made himself a ‘deep state’ enemy number one in the wake of the explosive Twitter files releases.

Currently, various media headlines are attempting to link the poll with Twitter’s supposed backlash over the platform’s new policies.

The New York Times headline, titled, ‘The Last Straw’: Twitter Users Rage Over Elon Musk’s Latest Actions,’ tried to suggest Musk has been forced into doing the poll because of backlash from reporters.

Meanwhile, The Daily Mail’s headline went a step further, reading, ‘Time to pack up your desk, Elon! Musk could quit as head of Twitter after more than half of 17 million users in HIS poll say they DO want him to step down.’

But despite the poll results, many comments voiced support for Musk, with some begging him not to leave.

Kim Dotcom pointed out why he thought the poll was unwise:

“Hey @elonmusk, it’s unwise to run a poll like this when you are now deep state enemy #1. They have the biggest bot army on Twitter. They have 100k ‘analysts’ with 30-40 accounts all voting against you. Let’s clean up and then run this poll again. The majority has faith in you,” he wrote.

Kim Dotcom then theorized Musk’s poll could be “a honeypot to catch all the deep state bots:”

“I’m hoping that Elon did this poll as a honeypot to catch all the deep state bots. The dataset for this poll will contain most of them. Some good data-mining and he could kill them all in one go,” he wrote.

“Is this a honey pot for bot makers?” Twitter user Andre_van_Delft wrote.

The Hodge twins followed up with the same ‘bot’ theory:

“This poll will def catch the bots,” they wrote.

Musk has repeatedly said his mission as the new CEO of Twitter was to get rid of bots and encourage more human engagement on the platform. With this in mind, this could be the ‘drain the swamp’ moment for bots on Twitter.

Making a list and checking it twice. Gonna find out who’s naughty and nice? Elon is smoking them out.

My very first thought when I heard of the ‘poll’. What a juicy bait he baited that trap with. What it means is, it’s time to go back to Texas and take the next step to Mars.
He was leaving anyway and decided to take the bots with him.

It’s funny reading all the Twitter replies. It’s like almost none of them have a clue. They are so stuck thinking INSIDE the box that they can’t think outside it.

If I was Elon, I would have my top programmers strip out all the bots. Suspend them and then announce, “New poll coming after bots removed from previous poll. This will ensure a legitimate poll free of bots.”

Delete those millions of bots and see what the vote is.

What in the f**k is wrong with you?

Ok so you can talk s**t on Christians all you like here. No censorship there at all.

I certainly hope it’s a bot trap. All these social media sites need massive cleaning. Colleges, businesses, and others need bot detectors, big time. From time to time some outrageous demand is made from astro turfed mobs that is counter to our culture.

He baited a juicy trap for bots and devised the perfect way to get high participation to test the new filters.
NUKE the bots and the bot controllers and maybe we can have a conversation.

If Elon really wanted to stir the pot he’d ban everybody that voted against him.
POPCORN!!

Not what it seems. It’s a bot trap.

if he uses as a honeypot and cancels all the bot votes, it would be a funny victory

He is drawing out the fascist state and its propaganda machine.

Elon has done what he came to do. He came and slayed the beast and we are hearing the d***h of a monster.
When you buy any business it is best to spill the blood early.
Firing people that are redundant, unneeded, or won’t get along. Laying off large numbers of people etc. people have new guidelines and rules procedures, methods of operation and policies are changed. All are painful. People hate you for it.

The normal procedure is after things settle down and squared away, you find another CEO to run according to (the owners) rules or flip the business.

This is how smart Elon is!
The hateful sociopathic left started threatening advertisers in true fascist fashion. As is their habit, is to target, isolate and destroy the individual (leftists are haters by nature, look at their comments ) and Elon is target #1.

So Elon outsmarts them. By having a poll, he knows every liberal bot farm and leftist flake is voting for his dismissal. So when he leaves, they think they did it and go tono feed elsewhere.
Then Elon will hold another poll giving a choice on who the Twits want. as new CEO
However, both candidates will be acceptable to Elon and Elon will have his new day-to-day CEO.
Twitter users will think they elected the new CEO and the crackheads of the left will relax thinking they canceled Elon.
Elon is still boss and the dirty unwashed outsmarted.
That is how smart Elon is.
I like Elon s much as Trump.

Left-Leaning 'The Breakfast Club' Hosts Stunned as Callers Say "I'd Rather Have Trump" than Biden
Hosts of Charlamagne tha God’s left-leaning ‘The Breakfast Club’ were left stunned...
No posts found
wpDiscuz
12
0
What are your thoughts? Click to commentx
()
x
| Reply