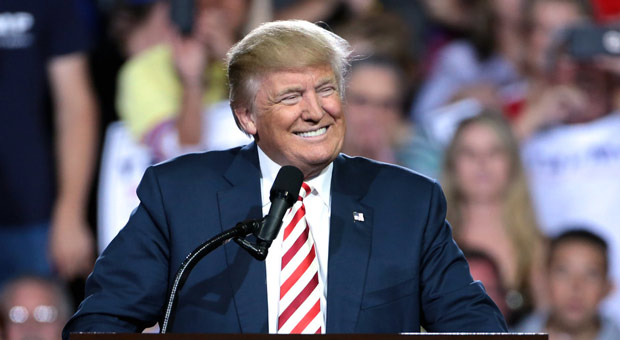 The next edition of the explosive “Twitter Files” on Friday revealed federal agencies were in contact with Twitter in the run-up to the 2020 election while being directly involved censoring content and former President Donald Trump.

Journalist Matt Taibbi posted the thread over three hours in which each snippet contained valuable information on the inner workings of the platforms’ censorship campaign.

The information confirmed long-held suspicions about what Twitter was doing, including the revelation that executives went against their own policies to censor Trump.

The Twitter files appear to focus on the lead-up to the platform’s decision to permanently ban the President on January 8, 2021, in the wake of the U.S. Capitol riot.

The files also show that Twitter had special Slack channels to monitor Trump’s tweets and to make decisions to add warning labels or censor him completely.

Nick Pickles, the then Twitter Policy Director, seemed to admit the platform was meeting officials from the FBI and DHS regarding some actions taken against Trump.

In an internal message, Yoel Roth, then-Twitter Global Head for Trust & Safety, confirmed he was meeting with the FBI, DHS, and Director of National Intelligence about election security and about the Hunter Biden laptop story.

Taibbi added that Roth appeared to admit that he had “weekly confabs with federal law enforcement.”

According to screenshots, employees looked to censor Trump on multiple occasions but were rebuffed because the information was accurate.

Roth appeared to be pleased with the platform’s actions against Trump, the screenshots revealed.

Aside from efforts to censor Trump, other internal documents revealed Twitter also targeted conservative actor James Woods for posting a screenshot of a Trump tweet. Woods was not hit with a violation for the tweet, although the team vowed they would hit hard in the future for a different violation.

Meanwhile, tweets from the political Left, clearly in violation of the platform’s policies, were largely left alone because Twitter officials decided they would not take action against pro-Biden tweets.

Taibbi also revealed how the team took additional measures to reduce the visibility of many of Trump’s tweets in early December 2020.

“There is no way to follow the frenzied exchanges among Twitter personnel from between January 6th and 8th without knowing the basics of the company’s vast lexicon of acronyms and Orwellian unwords,” Taibbi wrote.

“This is all necessary background to J6. Before the riots, the company was engaged in an inherently insane/impossible project, trying to create an ever-expanding, ostensibly rational set of rules to regulate every conceivable speech situation that might arise between humans.”

“This project was preposterous yet its leaders were unable to see this, having become infected with groupthink, coming to believe – sincerely – that it was Twitter’s responsibility to control, as much as possible, what people could talk about, how often, and with whom,” he continued.

“When panic first breaks out on J6, there’s a fair share of WTF-type posts, mixed in with frantic calls for Twitter to start deploying its full arsenal of moderation tools.”