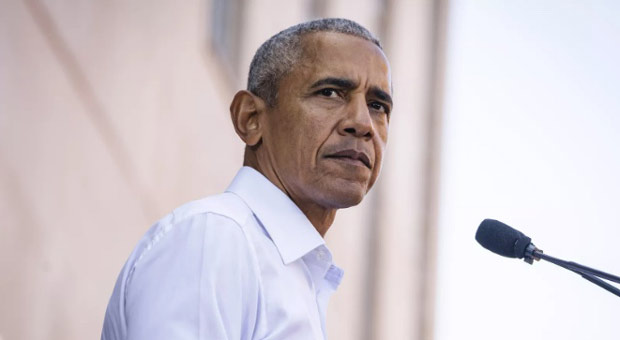 During a recent interview on the Pod Save America podcast, Obama said Democrats need to tone it down and understand that everyone makes mistakes.

“Sometimes Democrats are [buzzkills]. Sometimes people just want to not feel as if they are walking on eggshells, and they want some acknowledgment that life is messy and that all of us, at any given moment, can say things the wrong way, make mistakes,” Obama said.

“I used to get into trouble whenever, as you guys know well, whenever I got a little too professorial and, you know, started … when I was behind the podium as opposed to when I was in a crowd, there were times where I’d get, you know, sound like I was giving a bunch of policy gobbledygook.” 17.45

“How does politics, how is it even relevant to the things that I care the most deeply about?” Obama continued.

Obama will spend weeks leading into the midterms stumping for Stacey Abrams, Raphael Warnock in Georgia, Mandela Barnes, and Tony Evers in Wisconsin.

The former president is expected to raise the alarm over MAGA Republicans.

“The thing that I think sometimes we seem to make a mistake on is his behavior can be so outrageous,” Obama said about Trump.

“And now, folks who try to copy him and his outrageous behaviors get a lot of attention. And so we join that game.”

“We spend enormous amounts of time and energy and resources pointing out the latest crazy thing he said, or how rude or mean some of these Republican candidates behaved,” he said.

“That’s probably not something that in the minds of most voters overrides their basic interests — Can I pay the rent? What are gas prices? How am I dealing with childcare?”