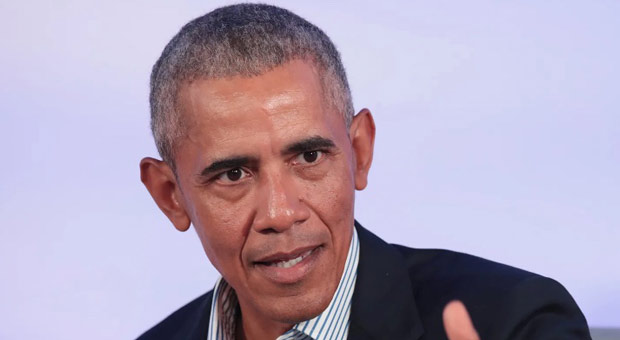 The former President went all out in his attack, according to a newly revealed transcript.

“And your job is then to just beat them because they’re not persuadable,” the former president added.

Obama offered the advice to European leaders in June after speaking publicly at the Copenhagen Democracy Summit.

Obama also warned attendees away from sometimes getting too “filled up in our own self-righteousness.”

“We’re so convinced that we’re right that we forget what we are right about,” Obama said.

His remarks were revealed in a new CNN report about the former President’s political activities during the midterms.

The report added that Obama is expected to limit his appearances on the campaign trail for the midterm elections, despite his concern about the future of democracy.

Obama is preparing a summit to rally his party two weeks after Election Day if Democrats lose big in the midterms.

Obama’s small staff has instead been coordinating which appearances he’ll make and which ads he’ll record with President Joe Biden’s White House political operation and the Democratic National Committee. A similar effort already happened with fundraising emails his name has been put on – political coordination between a sitting and former president, which – like so much else in current politics – is unprecedented.

The event is described as a “Democracy Forum,” which will focus on the future of global democracy.

“We’ll explore a range of issues – from strengthening institutions and fighting disinformation to promoting inclusive capitalism and expanded pluralism – that will shape democracies for generations to come,” Obama wrote in a letter to donors.

Over the weekend, Former President Donald Trump declared the upcoming midterm election would be the chance for voters to humiliate President Joe Biden.

On Saturday, Trump predicted the corrupt Democrat machine would take an enormous hit this November.

“This election is your chance to send a strong message to all of the arrogant… leftwing radicals who want to dictate what you can say, what you can think, and how you should live your life. I don’t think so,” he said during the Save America rally:

“With your vote, you can humiliate Joe Biden,” Trump said.

Not racist or sexist, but definitely angry about what Obama, Biden, the Dems and the left have done to the United States.

Personally that is what I think Democrats are, Racist, Angry and sexist. Not only that but hypocrites also

Yeah, and Obama’s mother was a white stripper.

You have described yourself perfectly, Obama. Just go away, we don’t need your divisive politics, we already have a “president” who is doing an outstanding job of destroying the country.

The left claims black Americans are too poor and stupid to get a photo ID to vote, they’ve done everything inhumanly possible to put and keep as many criminals on the streets and increased crime in minority neighborhoods, they insult and mock any minority that dared to disagree with them.. I could go on, but I have things to do.

Obama the leader in dirty politics and destroying the ethics and integrity of his Justice Department!!!!!

tickle, tinkle fallen Star what you say is what you are.

Wow, Obama said this- this guy has never had an original thought, always the same old c**p coming out of his vile pie whole. You can count of Obama to say something like this, he is so predictable and lacks class.

The result of early M****m teachings in Indonesia.

Why didn’t he go all out and call us poopy heads? Come on LightBringer! Don’t hold back now when you and whomever is puppeting you are SO close to to bringing the apocalypse upon us.

Germany Bans Farmers from Fertilising Own Land to Serve EU 'Green Agenda'
Farmers in Germany have been banned from properly fertilizing large areas of their land under strict...
No posts found
wpDiscuz
15
0
What are your thoughts? Click to commentx
()
x
| Reply