NZ Prime Minister Ardern: ‘Disinformation’ Should Be Controlled Like Guns 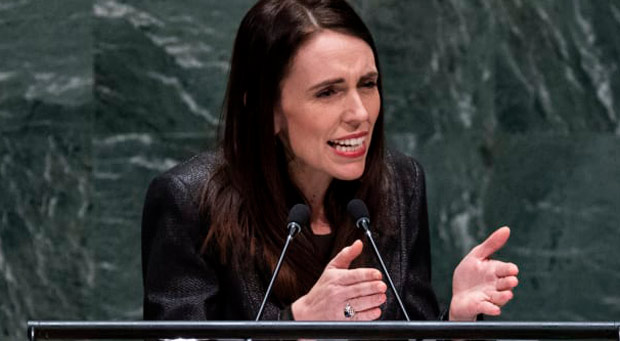 Ardern called for “disinformation” to be treated like bullets, bombs, or nuclear weapons, arguing that “a lie online or from a podium” does not immediately kill people like the “weapons of old” but could be more dangerous in the long run.

“But what if that lie, repeatedly told and across many platforms, prompts, inspires, or motivates others to take up arms. To threaten the security of others. To turn a blind eye to atrocities, or worse, to become complicit in them. What then?” she asked.

“This is no longer a hypothetical. The weapons of war have changed, they are upon us and require the same level of action and activity that we put into the weapons of old,” Ardern said.

“We recognized the threats that the old weapons created. We came together as communities to minimize these threats. We created international rules, norms, and expectations. We never saw that as a threat to our individual liberties – rather, it was a preservation of them. The same must apply now as we take on these new challenges,” she added.

“The attack was live-streamed on a popular social media platform in an effort to gain notoriety, and to spread hate,” she noted.

“It forced us to acknowledge how interconnected, and therefore how reliant we are on one another,” she said of the pandemic.

“We move between one another’s countries with increasing ease. We trade our goods and services. And when one link in our supply chain is impacted, we all are.”

New New Zealand leader called for the collectivist “lessons” of the pandemic to be applied to climate change.

“The next pandemic will not be prevented by one country’s efforts but by all of ours. Climate action will only ever be as successful as the least committed country, as they pull down the ambition of the collective,” she said.

Paradoxically, she presented Russia’s invasion of Ukraine as an example of an authoritarian regime, ignoring that global institutions are doing just that.

“Let us all be clear: Russia’s war is illegal. It is immoral. It is a direct attack on the U.N. Charter and the international rules-based system and everything that this community should stand for,” she said.

“Putin’s suggestion that it could at any point deploy further weapons that it has at their disposal reveals the false narrative that they have based their invasion on. What country who claims to be a liberator, threatens to annihilate the very civilians they claim to liberate? This war is based on a lie,” she said.

“For the United Nations to maintain its relevancy, and ensure that it truly is the voice of the breadth of countries it represents, the veto must be abolished and Permanent Members must exercise their responsibility for the benefit of international peace and security, rather than the pursuit of national interest,” she demanded.

WELL NEW ZEALAND YOU ELECTED THIS CREATURE, CAN’T YOU DE ELECT HER ??