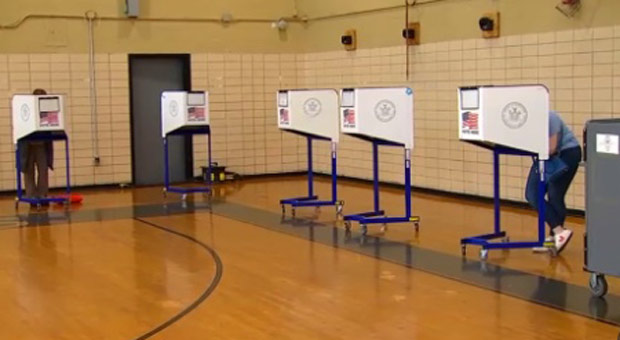 A polling station in New York City was forced to shut down temporarily after it received a pipe bomb threat, according to reports.

The New York City school, the site of the polling station, suspended its operations on Sunday after receiving a call claiming a pipe bomb was inside the school.

Vincent Ignizio, who serves as NYC’s Board of Elections Deputy Executive Director, tweeted:

“The NYPD notified us of a bomb scare at 1573 Madison Ave, which is an early voting site. Emergency protocols were initiated immediately. Staff along w/ a handful of voters were escorted out safely.”

But after authorities checked the premises, they concluded there were no explosives inside the polling station.

The school was eventually cleared, and workers were allowed to resume their positions.

But the threat could be a signal of what is to come.

The DailyMail reported that the FBI and police were called to one of Lake’s campaign offices after a staffer received two envelopes containing a “suspicious white powder” and “threatening messages.”
Lake’s campaign believes this was a “terroristic attack, trying to intimidate Kari and the campaign staff.”

According to sources familiar with the campaign, one of the staffers “opened up an envelope that had a suspicious white powder in it and had a letter in there with a bunch of vulgarities and ranting and raving about Kari,” adding that the employee noticed another package “exactly like the first one she had opened and she reported it,” the Mail reported.