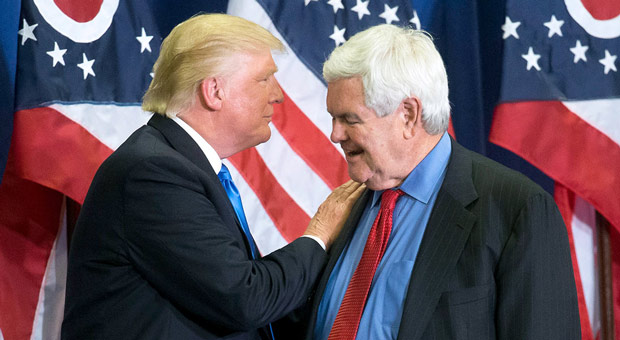 Gingrich told JustTheNews that he does not see a scenario where Republican Gov. Ron DeSantis decides not to run for president in 2024.

“I mean, just in my own emails today, the number of people who want somebody other than Trump who have decided, literally overnight, that person is going to be DeSantis, he’s going to find it almost impossible to avoid running,” Gingrich said on Wednesday.

“I think Trump’s got to look at the results and be troubled,” he added.

“I can tell you, for me, this was not the result I expected. I thought we’d win a lot more seats.”

Newt Gingrich said Republicans have to look at the results and ask themselves what went wrong.

The former House Speaker was asked if Trump will announce a 2024 run.

“And I’m sure that he is very disappointed. He worked very hard. He did a whole array of rallies with thousands of people,” he said.

“And I know, because I have the same feeling, I know that he went into Election Day thinking it was going to be a huge success. And I suspect that he’s going through the same kind of rethinking and reappraising that I’m going through,” he added.

“He is a very smart guy, and he’s got asked two questions: Can he in fact beat DeSantis? He probably would say yes. Coming out of that fight, would he be able to win a general election? I don’t think he wants to run and, you know, have that kind of situation.”

Gingrich also weighed in on the results of the midterm election so far.

“I was pretty shaken because that was not the election I expected,” he admitted.

“And I don’t have as much confidence in my own judgment as I would have had yesterday morning.”

Trump pushed back against reports that he was furious about the midterm election results.

“There is a fake news narrative that I was furious, it is just the opposite,” he told Fox News Digital.