New Bill to Silence Doctors Who Go against Big Pharma 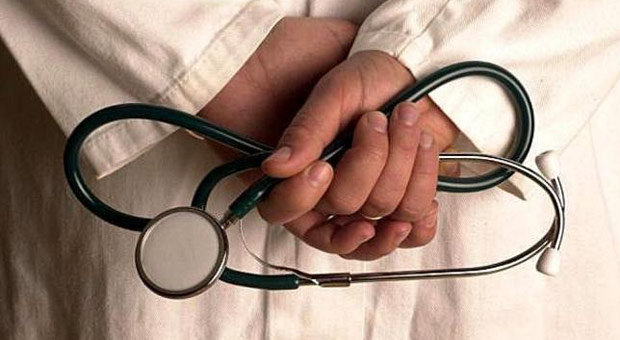 A new bill will be presented to the Queensland Parliament in Australia on the 11 October, which aims to restrict what doctors what doctors can say in favour of Big Pharma.

If the Bill is passed, doctors will be blocked from expressing their opinions if it goes against the Government health bureaucrat’s guidelines.

The law originally came into being after the Commonwealth, States, and Territories entered into the 2008 intergovernmental agreement.

It was established the Health Practitioner Regulation National Law (the National Law) would first become legislation passed by the Queensland parliament (s.6.3), which the other States and Territories would then mirror and pass via each of their parliaments (s.6.4), The same intergovernmental agreement established the Australian Health Workforce Ministerial Council (s.7.1) charged with overseeing the National Law.

After passed into law by the Queensland parliament, all the other States and Territories are required to create almost identical Bills and submit to their parliaments to be made law – thus effecting the same amendments to the National Law of their State or Territory (s.13.4).

Australian doctors will be forced to follow Government policy, regardless of evidence – this means Government health bureaucrats will have complete control over how doctors give treatment recommendations to patients.

As The Daily Sceptic writes:

The Health Practitioner Regulation National Law and Other Legislation Amendment Bill 2022 proposes changes that would give the Queensland Health Ombudsman, the Australian Health Practitioner Regulation Agency (AHPRA), and the Medical Board of Australia unprecedented powers to sanction doctors for expressing their professional opinion based on their assessment of the best available science.

This amendment to the Bill is designed to destroy our healthcare system. A patient visits their doctor for an ‘opinion,’ which will be obliterated by the act. Healthcare is nuanced; almost every day I ‘violate’ textbook recommendations because patients do not conform to idealized representations, and each has unique features. Those deviations come down to experience, which is the patient’s and doctor’s most powerful asset.

Minor indiscretions like prescribing antibiotics could be subject to disciplinary action if indications are blurred.

The contradictory guidelines would make it almost impossible to practice medicine without contravening dictates.

The contradictory guidelines would make it almost impossible to practice medicine without contravening dictates.

The act paves the way for multi-corporate management of healthcare, where the potential for conflicts of interest is self-evident.

Therapeutic interventions would come under the control of big pharma.

mRNA vaccines could be delivered unopposed on ‘conscience’ grounds, including children.

The cargo in the mRNA vaccines could be altered at will, bypassing full regulatory approval.

By the time children turn 5, they would be comprehensively ‘protected’ by the ‘Pharma Ring of Protection’ vaccinated against almost everything without the constraints of clinical opinion.

Without a functioning healthcare system, patients would be encouraged to seek their healthcare online from so-called ‘trusted sources.

Doctors could be left behind in the high-tech era – which appears to be already happening.

The legislation opens people up to an Orwellian nightmare, which stretches beyond just healthcare.

Meanwhile, California will soon become the first state with a law aimed at punishing doctors who give alternative advice concerning COVID-19.

The law was challenged in court by two doctors who question the effectiveness of vaccines for the virus, advocate unproven treatments and oppose mask mandates.

“The goal of AB2098 is to chill speech — in particular the speech of doctors who make a different assessment of the available evidence than the state of California,” attorneys from two conservative nonprofit organizations said in a lawsuit filed in federal court in Los Angeles on behalf of doctors seeking to declare the law unconstitutional.

The bill says misinformation about the disease and its treatment have “weakened public confidence and placed lives at serious risk,” and that “some of the most dangerous propagators of inaccurate information” have been doctors themselves.