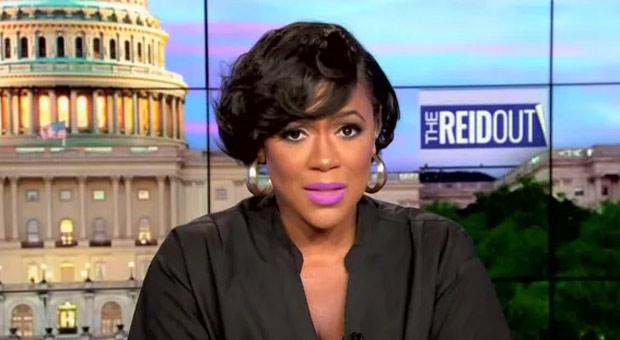 MSNBC host Tiffany Cross warned that “a civil war is here” amid reports of “violent rhetoric” against the FBI following the recent raid on former President Donald Trump’s Mar-a-Lago home in Florida.

During Thursday’s edition of “The ReidOut,” Cross said it was time to start “preparing for actual violence” because people tried “to declare war with FBI field offices.”

“You have millions of people tuning into a propaganda network every night,” Cross said.

“And then, as if that were not bad enough, that’s an extremist network itself, you have these fringe pop-up outlets from OAN to Newsmax, then you have the social media component,” she added.

“That train has left the station. There is no let’s deal with the rhetoric,” Cross continued.

“At this point, I do think we have to have serious conversations around preparing for actual violence.”

“And I don’t mean to be hyperbolic. We can look at what has happened just in the past week alone since all this has happened,” Cross said.

“We’ve had two people try to declare war with FBI field offices. I don’t think, at this point, we’re going to pack up our bags and go home and sing kumbaya,” Cross continued.

“So, from a law enforcement angle, what would you recommend the infrastructure of the country do? Because not everybody has the security of Capitol Hill.”

In the days following the raid against Trump’s home, the FBI and Department of Homeland Security put out a bulletin warning about “violent threats” against law enforcement agencies, including a threat to “place a so-called Dirty Bomb in front of FBI headquarters.”

The bulletin also said that “general calls” for “civil war” have increased across social media platforms.

“Within my former world, folks know there is a heightened threat environment out there. I would have to believe that DHS and the FBI – I happened to work for both – that the right steps are going forward both in terms of physical security of people and also ramping up efforts to make sure that if there are active plots or threats out there, they can be disrupted in advance. That’s probably how it’s going to be handled on the government side.”

“On the average everyday American side, it’s just trying to be a responsible citizen. If you’re hearing this rhetoric from a neighbor or a friend or somebody like that, engaging in a conversation to try to cool things down,” Ali added.

“Right now, yes, the atmosphere in the U.S. is very heated. Hopefully, we can de-escalate things. But in the meantime, I do believe there will be these attempts and more lone offender type of attacks that we have seen over the past couple of weeks, where people try to act out violently. I don’t think we will see large-scale acts of violence. Hopefully, I am right on that.”

LIES. “amid reports of “violent rhetoric” against the FBI” Key words: reports of

The more the FIB and 3-letter agencies tyrannize, the faster we will all witness ‘interesting times’.

If so, I hope the corporate media hacks are the first casualties.

Yeah, because MSNBC is not a fringe network. It is perhaps the country’s largest concentration of clueless, uninformed morons masquerading as journalists. The FBI is acting as the Democrat Gestapo and everyone is supposed to just say “No worries, it’s the FBI, they’re just doing their job”. The FBI is now a criminal organization, not the rank and file, but the leadership and many hired foot soldiers being used as muscle. It is time the rank and file started outing their leadership, and we are finally starting to see that.

They are starting to, but I don’t think there are that many honest agents to go to.
The left has spent a lot of years infesting our government agencies with liberal minds, from the CIA to our Kindergarten classrooms. But it’s their MSM that they all benefit from the most and without a corrupt liberal infested media, none of the left could get away with the atrocities they commit.
First on my agenda as President with the house & senate on my side would be libel law reform, read short article here:https://www.abajournal.com/news/article/federal-appeals-judge-blasts-landmark-libel-ruling-says-it-enhances-power-of-overwhelmingly-liberal-media/

If you say that, you want it. She is a fool. What all the FBI and Government Police do not get, is if there is a Civil War, it won’t be set piece battles, it will be individuals dragging their neighbors from their homes and killing them because they disagree with their political beliefs. That type of war, the FBI cannot win, the US Military cannot win. What they SEEM to forget is that the US Military could not pacify Iraq or Afghanistan. Those 2 countries are about the size of Kentucky. How will they pacifiy 100 Million ARMED American adults who HATE THEM? When the war is neighbor against neighbor, the chances are that members of the family of government employees will be part of the fallout.

They can stop this in one second. Biden Resigns and we have new elections.

Your continued inhaling and exhaling of breath is proof that we are NOT in a “civil war”………YET.

She should guard her rhetoric, not inflame.

Tiffany cross …. Telll us about hodgkinson and roske…

Nancy Pelosi Caught Out Over Mysterious 'Timing' of Her MASSIVE Stock Trade, DOJ Lawsuit
In the closing days of Nancy Pelosi’s reign as House speaker and weeks before an antitrust lawsuit...
No posts found
wpDiscuz
11
0
What are your thoughts? Click to commentx
()
x
| Reply