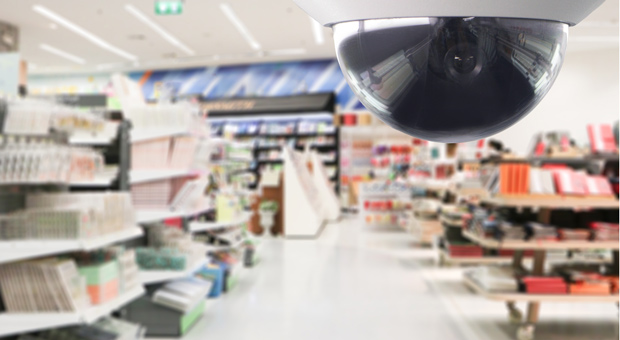 A food chain in the UK has faced legal charges for installing facial recognition cameras in 35 of its stores.

Shoppers will have their faces converted into biometric data, all in the name of “stopping crime.”

When the data is collected, it is compared with a database of criminals, like those who have committed violent behavior.

But Southern told the BBC that the cameras had only been placed in shops at risk of crime.

A Southern spokeswoman said the watch list isn’t a list of criminals but a criminal or anti-social behavior database.

Criminals flagged by the facial recognition software will be asked to leave, making it clear that the shop knows they’re there.

But the legality of having these systems installed has been brought into question by Big Brother Watch, asserting that biometric scans are “Orwellian in the extreme.”

“The supermarket is adding customers to secret watch-lists with no due process, meaning shoppers can be spied on, blacklisted across multiple stores, and denied food shopping despite being entirely innocent.”

“This is a deeply unethical and a frankly chilling way for any business to behave.”

The organization added the system is not necessary for preventing crime or to “protect the public from harm in any meaningful way,” they added.

“At best, it displaces crime, empowering individual businesses to keep ‘undesirables’ out of their stores and move them elsewhere,” the complaint further asserts.

Southern said in response to the complaint:

“We take our responsibilities around the use of facial recognition extremely seriously and work hard to balance our customers’ rights with the need to protect our colleagues and customers from unacceptable violence and abuse.”

“The safety of our colleagues and customers is paramount, and this technology has made a significant difference to this, in the limited number of high-risk locations where it is being used.”

“The Southern Co-op’s use of live facial recognition eradicates shoppers’ right to privacy and is highly likely to breach data protection law. Innocent people could be placed on secret watchlists without due process, meaning they could be spied on, blacklisted in multiple stores, and even denied food shopping. This use of facial recognition technology is deeply chilling and we urge the public to boycott the Southern Co-op whilst it continues to spy on shoppers.”

Facewatch, the provider of the system Southern Co-op uses, says:

“Facial recognition may be used where it is necessary because other methods to prevent crime, such as policing, CCTV and manned guarding, have tried and failed.”

“Any privacy intrusion is minimal and proportionate. Facewatch is proven to be effective at crime prevention, and our clients experience a significant reduction in crime.”

Southern Co-op’s facial recognition was quietly introduced for limited trials during the last 18 months, the outlet reported in 2020.

While shops with face-recognizing cameras displayed signs telling customers about their operation, no general public announcement was made before the trials started.