Michael Moore Compares Trump to Adolf Hitler: He ‘Tried to Create Chaos to Stay in Power’ 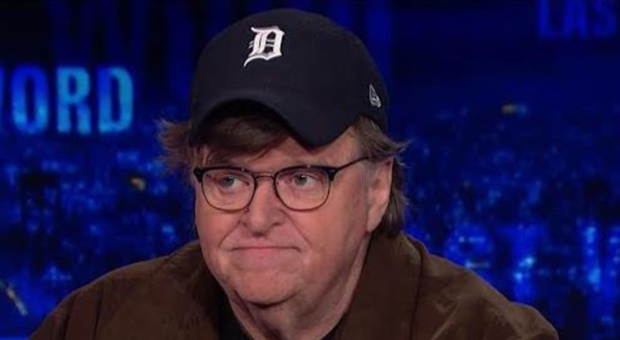 Appearing on Friday’s edition of MSNBC’s “The Beat,” Moore reacted to the January 6 Committee report:

“But I’m telling you that I truly believe in the goodness and the belief in justice of the American people that they are not going to tolerate this,” he added.

“You said in one of your comments there that we have a fair system, and I want to believe that too, but the people watching this show know there are two sets of rules one for the wealthy and connected, and one for the rest of us and that is how he has gotten away with this,” Moore added.

“The key for us as the public is to not let him get away with it.”

“If they only end up indicting Chesebro and not Trump, then we have lost as a society, as a democracy. This can’t happen,” Moore said.

“We have to go right to the source. The report says this comes down to one individual,” Moore continued.

“The plot started before he knew he was going to lose. That is the most important part of the conspiracy and everything they had in place.”

“As you said, the key was to create chaos, chaos from election night onward so nobody could get the thing together to make this happen, the chaos theory,” he said.

“In ’33, there was no Holocaust, but immediately Hitler and the Nazis started creating chaos.”

Moore is wrong about a lot of things, including comparing Trump to Adolf Hitler. However, he was right when he predicted in 2016 that Trump would be a legal hand grenade the American people could throw at the establishment.

Despite his best efforts, Mr Moore is irrelevant. The correlation between Trump and Hitler is quite low and rather meaningless. Note that Mr Moore did not offer any detail in behavior or strategies to correlate the two. In short, he cannot support his assertion.

Just more of Michael Moore’s ignorant, pathetic utterings, contributing zero to the lives of US citizens. Just another way for him to contribute a big fat nothing useful to our lives. He is a joke.