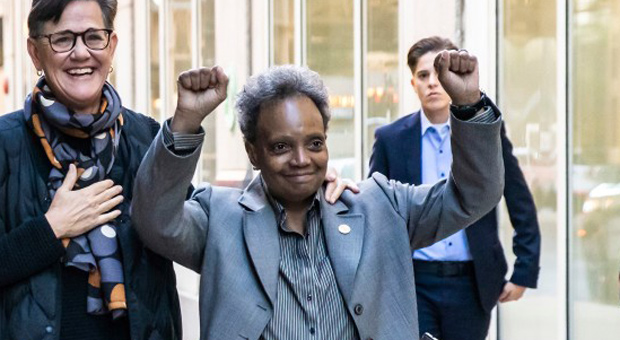 Democratic Mayor Lori Lightfoot’s Chicago will end 2022 with at least 723 homicides, another tragic figure showing the city is far from ending its bloodbath epidemic.

As of December 30, the city was at 723 homicides for the year, according to The Chicago Sun-Times.

2021 proved the deadliest year for Chicago, with 797 homicides – the largest in a quarter of a century.

Although the 723 homicides for 2022 represent a slight decline over 2021 numbers, Chicago is still in a dangerous place, some city leaders noted.

Former deputy mayor for public safety, Susan Less, said residents should be thankful that gun violence in the city has begun a downward trend.

Less said: “[We] should not be patting ourselves on the back when the … absolute number of shootings and homicides is so high that people are afraid to do their daily functions.”

“We are still in a crisis,” Less said.

Meanwhile, others were more optimistic.

As The Chicago Suntimes noted, the police budget will swell to nearly $2 billion next year — up from the $1.66 billion that former Mayor Rahm Emanuel set aside in his 2019 budget.

The spike in anti-violence spending began as the city, county, and state governments started collecting federal stimulus money aimed at averting a deeper economic collapse in the wake of the pandemic.

Earlier this month, an elderly woman was robbed at gunpoint in broad daylight while walking her dog in Lori Lightfoot’s Chicago.

The woman was walking her dog when a man exited a blue Honda CRV, pointed a gun at her, and robbed her, Fox 32 reported.