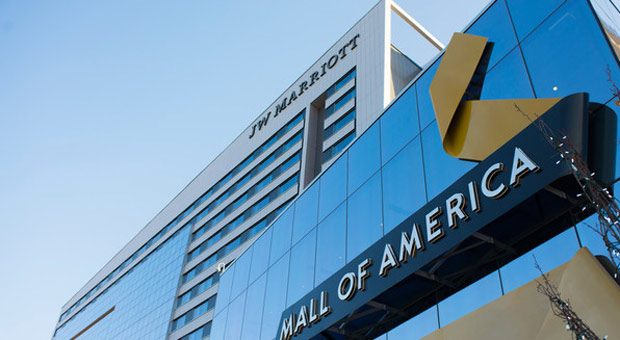 A man wearing a ‘Jesus Saves’ T-shirt was asked by security at the Mall of America in Minnesota to remove his T-shirt or leave.

The incident was captured on Jan. 7 when a security guard told Paul Shoro to remove his shirt because “Jesus is associated with religion, and it’s offending people.”

The guard told Mr. Shoro the shirt is treated as religious soliciting, which goes against the mall rules.

Mr. Shoro argued with security that he was not discussing his beliefs with people, and that he just went to Macy’s.

“Again, we’re giving you a couple of options,” one of the security guards said to Mr. Shoro.

“You can take your shirt off, you can go to Macy’s and do your shopping, or you can leave the mall. Those are your only options right now, ” the security guard said.

The popular “Coexist” symbol, advocating inter-religious harmony, is crossed out on the back of Mr. Shoro’s shirt, instead saying, “Jesus is the only way.”

A spokesperson for the mall told the Daily Mail Shoro was eventualy allowed to continue shopping with his ‘Jesus Saves’ shirt on after the incident.

The Mail also reported that Shoro was issued a 24-hour ban for “soliciting guests” a week before the incident.

Mr. Shoro said during a YouTube interview that he was handing out pieces of paper with excerpts of scripture on them while at the mall the day of the incident.

People aren’t allowed to wear clothing that has “racial/religious/ethnic slurs that are likely to create a disturbance” at the mall, according to its policy.