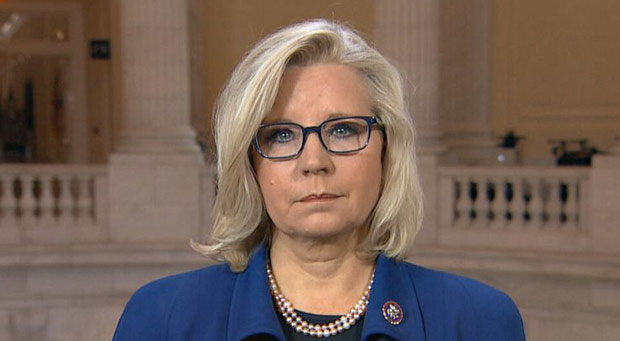 Liz Cheney, who suffered a blistering defeat to challenger Harriet Hageman on Tuesday, vowed to ‘unite’ Americans across party lines to prevent Donald Trump from regaining the White House.

In a statement to NBC, Cheney said she was “thinking about” a 2024 presidential run.

“That’s a decision that I’m going to make in the coming months,” she said, adding, “It is something that I’m thinking about.”

“I have said since January 6 that I will do whatever it takes to ensure Donald Trump is never again anywhere near the Oval Office and I mean it.”

Cheney will have a public forum for her campaign against Trump as vice chair of the committee investigating his “role” in the Capitol January 6 riot until she leaves office in January.

After Cheney voted to impeach Trump in the aftermath of the attack on the Capitol, she quickly paid the political costs. As a result, the Wyoming Republican Party voted to censure Cheney and asked her to resign.

Cheney was removed as the third-ranking House Republican leader by her colleagues, who accused her of abandoning the Republican party.

Cheney’s loss illustrates how strong Trump’s grip is on the Republican party – with just two of 10 House Republicans who voted to impeach him following the J6 capitol attack having survived their primaries to make the ballot in November’s general election.

Cheney had been the #3 ranked Republican in the House, easily winning her last election in 2020.

But things turned for the worst after Cheney voted to impeach Trump, who Democrats accused of inciting the January 6 riot. She later joined the January 6th committee serving as Vice Chair.

“Congratulations to Harriet Hageman on her great and very decisive WIN in Wyoming,” Trump said.

“This is a wonderful result for America, and a complete rebuke of the Unselect Committee of political Hacks and Thugs. Liz Cheney should be ashamed of herself, the way she acted, and her spiteful, sanctimonious words and actions towards others. Now she can finally disappear into the depths of political oblivion where, I am sure, she will be much happier than she is right now. Thank you WYOMING!”

In her concession speech, Cheney compared herself to former President Abraham Lincoln:

“It would have required that I enable his ongoing efforts to unravel our democratic system and attack the foundations of our republic. That is a path I could not and would not take,” Cheney said.

“The great original champion of our party, Abraham Lincoln, was defeated in elections for the Senate and the house before he won the most important election of all,” Cheney said.

“Lincoln ultimately prevailed. He saved our union and he defined our obligation as Americans for all of history.”