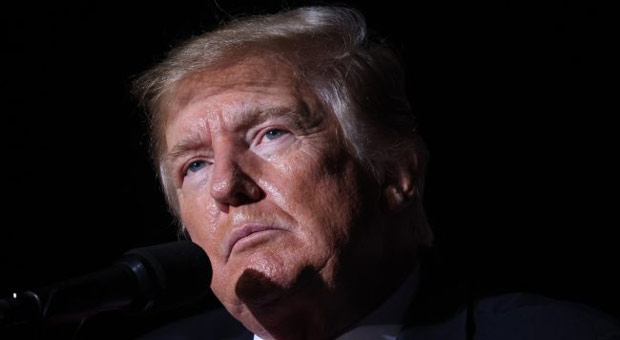 President Donald Trump has called for the Department of Justice to release the affidavit used to justify the recent raid of his home at Mar-a-Lago, Florida.

“[I]n the interest of TRANSPARENCY, I call for the immediate release of the completely Unredacted Affidavit pertaining to this horrible and shocking BREAK-IN.”

The affidavit would reveal what facts the DOJ used to justify the raid on the 45th president’s home.

Attorney General Merrick Garland said the decision to raid Trump’s home was not taken “lightly” and only after taking “less intrusive means.”

Trump said the was no way the Justice Department could have justified the raid of a former president by the administration of a current president.

In a court filing on Monday, The Justice Department opposed the release of the affidavit, arguing they needed to “protect the integrity of an ongoing law enforcement investigation that implicates national security” and protect information about witnesses in the case.

Meanwhile, government transparency organization Judicial Watch filed a motion to unseal the warrant and materials to support the raid.

“No administration should be able to raid the home of a former president and putative presidential candidate based on ‘secret’ reasons,” Judicial Watch President Tom Fitton said in a statement reacting to the filing from the Justice Department.

On Monday, Trump also claimed the FBI seized his “passports” during the raid, which reports suggest could have significant legal implications if it proves his 4th Amendment rights were violated.

“In the raid by the FBI of Mar-a-Lago, they stole my three Passports (one expired), along with everything else. This is an assault on a political opponent at a level never seen before in our Country. Third World!”

The seizure of Trump’s passports could mean that the Department of Justice (DOJ) could not use at least some of the materials seized in the raid as part of a prosecution.

The FBI has already risked violating Trump’s Sixth Amendment rights by seizing materials that may include privileged attorney-client communications, which are supposed to be shielded from investigations.