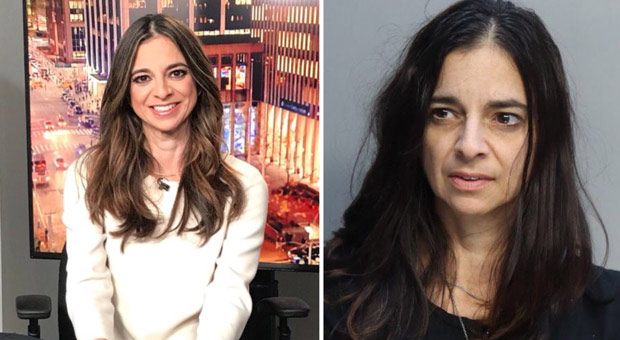 Left-wing, Catherine Areu Jones, who once accused Fox News Host Tucker Carlson of sexual harassment, has been charged with allegedly defrauding her elderly mother of thousands of dollars after kidnapping her.

Jones, 51, who regularly appeared on Fox News, is accused of kidnapping her 88-year-old mother and placing her in an assisted living facility without consent before stealing over $200,000 from her, WTVJ and WBFS-TV reported.

The pundit, who once went by the name of “Liberal Sherpa,” would often appear on Tucker Carlson’s show explaining her far-left opinion on controversial topics.

One of Jones’ leftist stances included allowing babies to decide their gender and not changing a baby’s diaper without their consent.

In July 2020, Jones filed a complaint against Carlson and other staff members at Fox News alleging sexual harassment, but the Daily Mail reported that her case was ultimately thrown out.

According to reports, Jones was accused of elder abuse in 2019 after the Department of Children and Families was notified.

In a press release, the Miami-Dade State Attorney’s Office said Jones “involuntarily place[d] her mother in assisted living facilities so that she could take financial gain of her mother’s banking account.”

Jones reportedly told her mother they were going to get ice cream with her grandchildren but instead took her to an assisted living facility where she told staff her mother had dementia.

After her mother tried to call for help, Jones allegedly ordered staff to take her mother’s phone away and banned visitors.

Facility staff and personnel from DCF eventually determined that Jones’ mother did not have dementia, and she was released.

Later, Jones and a co-conspirator forced her mother into another facility, but a neighbor called the police, and a judge issued a warrant for Jones’ arrest in June.

Jones evaded capture by moving to Mexico, but she was arrested on Friday and held without bond.

Jones stole a total of $224,000 from her mother by using credit cards in her name and withdrawing money from her bank accounts, authorities said.