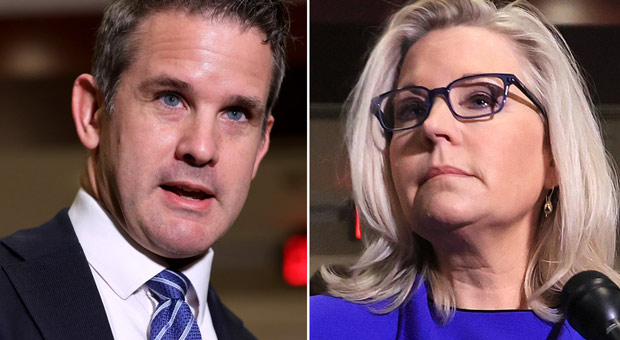 “I’ll say about Liz, you know people always in their life dream about this opportunity to kind of stand up alone in a crowd and do the right thing, and only a few people actually get that chance.”

“What I’ve noticed is that even fewer that get that chance have the courage to do it,” he said.

“It’s one thing to read something in a history book and be, yeah, Winston Churchill or whatever,” Kinzinger said.

“My party, nobody in power right now with maybe some rare exception, actually believes the election was stolen.”

“They don’t. They are lying because they can raise money from it, or they fear their constituents otherwise,” he said.

“I think the people come in in January – there will be a significant class of people who believe the election was stolen,” he added.

“That’s a fearful thing to me. I have no respect for somebody who tells me I know it’s all BS, but I have to do this to get reelected,” Kinzinger said.

“What I fear is those that come here and truly believe Adam Kinzinger is part of the Soros big government new world order machine, and I was part of stealing this election.”

“They are going to be in Congress in January. That frightens me.”