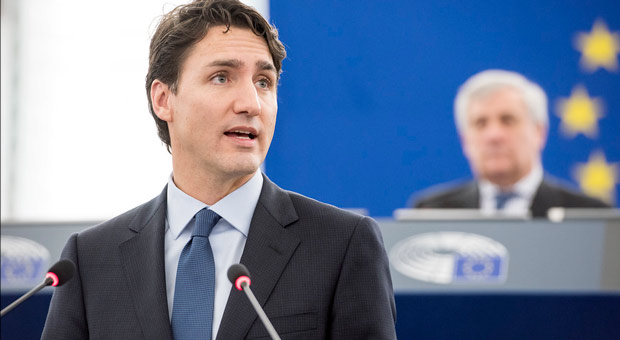 A group in the Canadian French-speaking province of Quebec has launched a private criminal prosecution against Prime Minister Justin Trudeau over illegal border crossings.

President of Justice pour le Quebec, Frédéric Bastien, an activist group that aims to defend the rights of Quebecers, has accused Trudeau of encouraging illegal immigrants to cross into Canada along the border with the U.S. in southern Quebec.

Bastien cites Trudeau’s statements from 2017, when he wrote on Twitter: “To those fleeing persecution, terror & war, Canadians will welcome you, regardless of your faith. Diversity is our strength.”

However, Trudeau toned down his rhetoric following the spike in border crossings, claiming he was referring to those coming to Canadian illegally for economic reasons.

“For someone to successfully seek asylum, it’s not about economic migration,” Trudeau said.

“It’s about vulnerability, exposure to torture or death, or being stateless people,” he added.

“If they are seeking asylum, we’ll evaluate them on the basis of what it is to be a refugee or asylum seeker,” he claimed.

Mr. Bastien’s filings cite Trudeau’s 2017 comments in front of a Canadian court along with a statement made in 2022 where he refused to shut down the Roxham Road crossing, insisting illegals would just enter the country somewhere else.

Quebec Premier Francois Legault had requested Trudeau’s federal government to shut down the crossing after noting the province did not have the resources to deal with the huge flux of illegals entering.

According to a report from last month, Quebec media claimed that since Trudeau’s 2017 tweet, 150,000 people had entered Canada illegally and 91,000 by the Roxham Road crossing.

Around a quarter of the entire Canadian population comes from a recent migration background, according to statistics from Canada’s statistical agency StatsCan.

The number is expected to reach over a third by 2041.