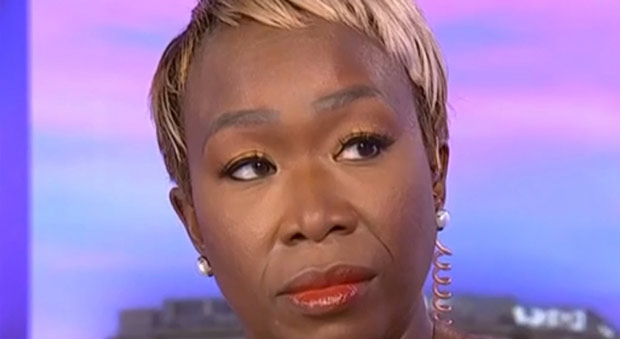 MSNBS’s queen’ race baiter’ Joy Reid called Thanksgiving a ‘simplistic fairytale’ based on a lie that Republicans use to cover up America being founded on ‘genocide.’

During Wednesday’s edition of the ReidOut, Reid tore into the holiday and its traditions while attacking Republicans.

Reid bashed the holiday claiming it was based on a series of ‘historical inaccuracies.’

But the woke host faced massive backlash for her comments, with many calling her remarks’ venomous poison’ as they accused her of being a ‘race baiter’ and trying to stop people from enjoying Thanksgiving.

Reid said, “It is built on this myth that the indigenous welcomed their colonizers with open arms and ears of corn.”

“A simplistic fairytale interpretation of a 1621 encounter between indigenous tribes and English settlers that erases the genocide that followed. It’s the truth that Republicans want banned from our textbooks,” Reid added.

The MSNBC host said Republicans “desperately” want to keep this “secret” because America is, in fact a country ‘founded on violence.’

“Our birth was violent, in 1619, a ship with more than 20 enslaved Africans landed in Virginia ushering in two centuries of American slavery that left millions in chains or dead,” Reid said.

“When those humans in bondage were finally free, a terrorist organization that was a card-carrying member of polite society the Ku Klux Klan picked up where the civil war ended,” Reid said.

Reid added that “using violence to maintain white supremacy the Klan and its ilk” remain active in the United States.

“As Americans we continue to choose violence, we are a country that chooses violence over and over again. There is no facet of American society that is untouched by it,” she said.

Mark Reed Levin, an American lawyer, and conservative author, tweeted: “Screwed up head case whose hate for our fabulous country knows no limits.”

One Twitter user said: “Joy has nothing if she can’t race bait. Sad”

Another said: “Your racist venomous poison is affecting your ability to distinguish between your rhetoric & reality. Get help!”