Jon Voight: Only Donald Trump Can ‘Stop the Swamp’ 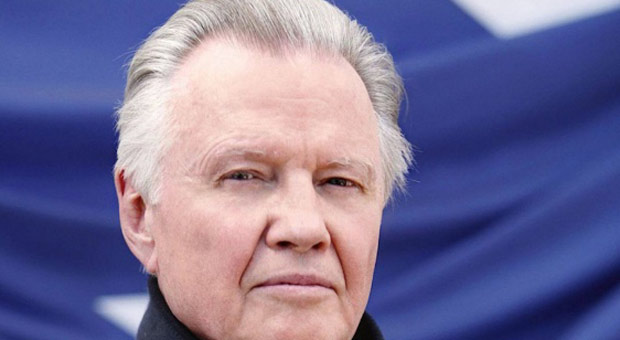 Academy Award-winning conservative actor Jon Voight said the only president who can stop the “swamp” and “understood truths” with the “best interests” of the American people is Donald Trump.

Voight claimed Trump is the only leader who can “stop this swamp, this deceit, and injustice,” calling on supporters to “pray” for Trump to “return to the presidency.”

The clip, posted Sunday, titled “Wake up America,” begins with the actor declaring it his “great honor” to say “God bless America.”

Voight calls for a “healing” for the country from “all the unrighteousness that is taking place” following the midterm elections, which saw a much smaller victory for Republicans than the predicted “red wave.”

The actor warned that America is “in danger of a Third World War” and insisted the time has arrived to “look at this lie — this deceit — that continues day after day.”

“Can you not all see this lie?” he asked. “We must all wake up because if we don’t see this lie; this land will die; die in its beauty, its freedom, [and] its opportunity.”

Though America is “supposed to be the land of the free,” he charged, “it’s far from this.”

“It’s a dark web, a dark world,” he stated. “But not for long because, my friends, a change is coming, and a new light will emerge.”

“We must all see this truth and allow justice to take place now,” he added.

Voight added, “the only way we can win these elections is to see the lies, deceit and corruption from the left, the media, and the unknowns – we’ll know who they are.”

He then called for Americans to join together in order to “vote for true justice for all.”

RELATED: Jon Voight: Democrats Have Reversed All of Trump’s Accomplishments

The conservative actor called on Americans to “pray that the one president who understood truths and had the best interest of the American people, the American dream — President Donald Trump — will return to the presidency.”

“He and only he can stop this swamp, this deceit and injustice,” he said.

He concluded with a “wake up” call for fellow Americans.

“Wake up from this bad dream and bring back life, justice, [and] truth in the only land that’s meant for dreams of goodness, the land of the free — America — the greatest land, the greatest soil for mankind; the land where heroes fought for their truths,” he said.

“And this, my friends, is where we must see the truth,” he added. “Allow President Trump to rebuild our soil and our land so we can rise to her glory. Much love to you.”

In 2020, Voight warned the U.S was “in great danger” if Joe Biden became president.

“We’re heading down a street that has no name now. We must not allow our nation to crumble. This is what they want, to destroy America.”