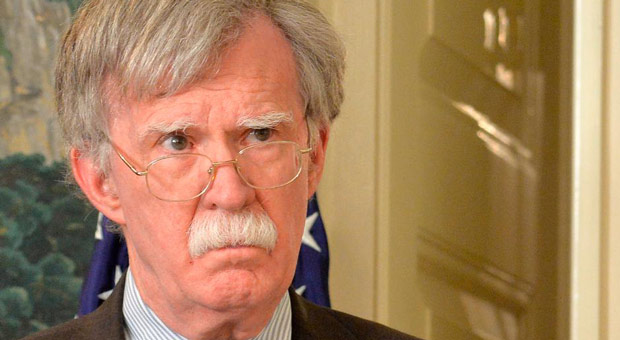 Former Trump National Security Advisor John Bolton has said he is prepared to run for president in 2024 to stop his former boss Donald Trump.

During an interview on Monday on NBC’s streaming show “Meet the Press Now,” Bolton said:

“Donald Trump, if he were to take the oath of office again, God forbid, would either be lying about preserving, protecting, and defending the Constitution or maybe he wouldn’t say it at all. You can’t have this kind of approach.”

“It’s not something one can disagree with. This is foundational to the republic.”

“There’s one thing that would get me to get into the presidential race, which I looked at in prior elections. It would be to make it clear to the people of this country that Donald Trump is unacceptable as the Republican nominee.”

Host Kristen Welker said, “You are essentially telling us you would consider getting into the 2024 race for president.”

“Absolutely. I think to be a presidential candidate. You can’t simply say I support the Constitution.”

RELATED: Trump Suggests 2020 Election Results Could Be Thrown Out after Twitter Scandal

“You have to say I would oppose people who would undercut it. We used to have a thing in the House of Representatives called the House Un-American Affairs Committee,” he added.

“I think when you challenge the Constitution itself the way Trump himself has done, that is un-American.”

Last month, John Bolton said Trump’s act was “old and tired” and said the Republican party is ready to move on to a “fresh face.”

Bolton joined a string of ex-White House officials to condemn Trump after Republicans “underperformed in the No midterm elections, which added to a losing streak that convinced some he is now hurting rather than helping the party.

“There are a lot of reasons to be against Trump being the nominee but the one I’m hearing now as I call around the country, talking to my supporters and others about what happened on 8 November, is the number of people who have just switched Trump off in their brain,” Bolton said.

“Even if they loved his style, loved his approach, loved his policies, loved everything about him, they don’t want to lose and the fear is, given the results on 8 November, that if he got the nomination, not only would he lose the general election, but he would take an awful lot of Republican candidates down with him.”