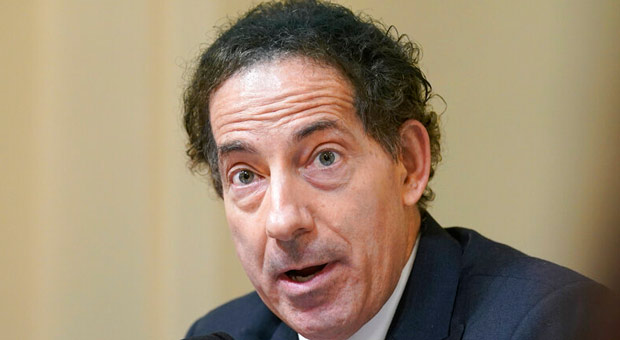 During Sunday’s edition of CBS’s “Face the Nation,” Raskin was asked by host Major Garrett:

“So, former President Trump says that MAGA Republicans are trying to save democracy. They want to be taken seriously on this issue.”

“So let’s review what the former president said this week earlier. He said the 2020 election should be rerun, or he should be reinstated in office, and that if reelected in 2024, he would provide apologies and full pardons to those charged and or convicted for storming the Capitol on January 6, evaluate that.”

“Well, first, if he’s saying that the election should be rerun, which is something he’s been asserting from the beginning, that’s totally outside of the Constitution”

“There is no procedure for the military just to seize the election machinery and run a new election, which is one of the things that his disgraced former National Security Adviser Michael Flynn was pushing, and we know was part of the January 6 plot,” he said.

“And look, more than 60 courts rejected every claim of electoral fraud and corruption which Donald Trump advanced.”

“He’s had the benefit of more than 60 courts, including eight courts, where he appointed the judges to office, look at all those claims and they were all rejected.”

“It was rejected in the states and he lost the election. Two of the hallmarks of a fascist political party are one, they don’t accept the results of elections that don’t go their way and two, they embrace political violence,” he added.

“And I think that’s why President Biden was right to sound the alarm this week about these continuing attacks on our constitutional order from the outside by Donald Trump and his movement, Raskin said.

Projection. Since they can do this with a straight face it is a manifestation the low level Raskin and his ilk have devolved. What they accuse is exactly what they are doing.Nothing short of bizarre and demonic. A La the third Reich.