Jack Dorsey Calls for ‘End’ to the Chinese Communist Party 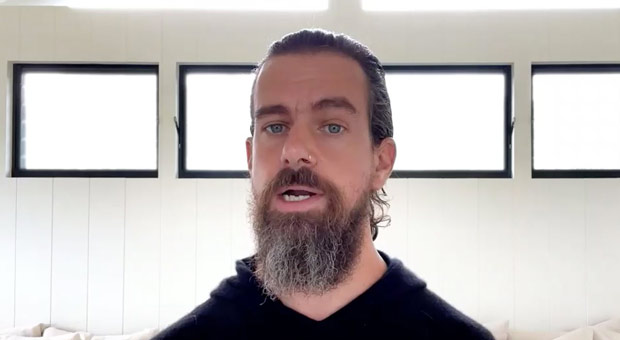 Former Twitter CEO Jack Dorsey called for an “end” to The Chinese Communist Party as the international community increasingly distances itself from the regime.

“End the CCP,” Dorsey wrote on Twitter earlier this week.

The tweet from Jack Dorsey came in response to a video highlighting the harsh effects of China’s “zero-COVID” policies on its citizens.

The message comes amid growing momentum for people to cut ties with the oppressive regime.

The movement, which has seen over 400 million Chinese people, including those overseas, saw people renouncing their membership with the CCP, data compiled by the New York-based Global Tuidang Center revealed.

But many of those who renounced affiliation with the regime did so using aliases to protect themselves from reprisal.

Earlier this year, Xi Jinping said there was no intention to relinquish China’s zero-Covid commitment.

The country’s senior officials also warned against any criticism of the policy.

China’s zero-tolerance approach to COVID-19 has led authorities to lock down entire cities, one of which was the world’s largest wholesale hub in Yiwu city in East China.

Yiwu City, an important import and export center, went into lockdown despite it being crucial for small commodities worldwide for many years.

There are currently over 2 million small and medium-sized enterprises in mainland China with business connections to Yiwu. Concerns grow that the Chinese Communist Party’s (CCP) restrictions will worsen China’s economic downturn and disrupt global supply chains.

Meanwhile, central Henan Province, a city of 1.6 million residents, went into lockdown after one local was diagnosed with COVID-19.

All shops, except grocery stores, pharmacies, and hospitals, closed as public transportation halted.

The “quit the Party” movement took inspiration from the editorial series “Nine Commentaries on the Communist Party.”

According to one Shandong man, living through the oppressive lockdown helped push him from being an ultra-nationalist to quitting the Party affiliates.

He was locked in his apartment after testing positive for the virus before losing his job, according to Bai Dexiong, a local coordinator.

“We had nothing to fill our stomach during the Shanghai outbreak, but what CCTV showed was always ample supplies and happy people,” three Shanghai locals wrote, referring to the Chinese state-run broadcaster.

“‘Shame’ is not a word in the CCP’s dictionary,” the locals added.

Even the World Health Organization head said the country’s zero-tolerance policy is “not sustainable.”

Speaking at a media briefing in May, Tedros Adhanom Ghebreyesus noted the behavior of the disease caused by the coronavirus and what experts “anticipate in the future.”

He added, “We have discussed this issue with Chinese experts… I think a shift would be very important.”

Authorities in Shanghai have tightened restrictions on its 26 million residents, despite a steady decline in new COVID-19 infections.

Residents in some neighborhoods have been informed in writing that they are not allowed to leave their homes or receive deliveries as part of a “quiet period” that would last for at least three days. The new restrictions caught residents by surprise, coming after a brief period of being allowed to move about their neighborhoods.

Just go on vacation from China and don’t go back.

Of course Dorsey wants an end to the CCP, he’s a Globalist. China’s CCP is the antithesis of that along with Putin’s Russia and his dreams of recreating the USSR because both are nationalist. Global means global, world government. National borders have to go.