Jack Dorsey Breaks Silence on Twitter’s Failures: ‘This Is My Fault’ 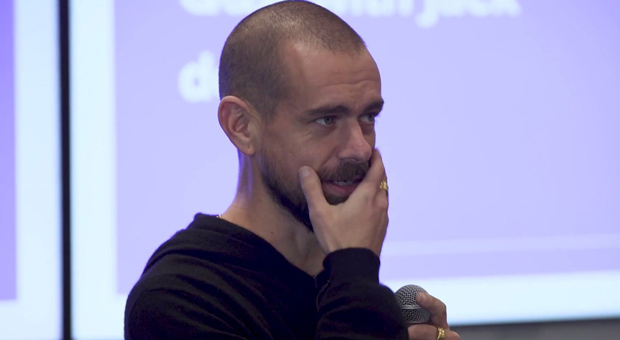 Former Twitter CEO Jack Dorsey has seemingly taken the blame for the colossal mess inherited by Elon Musk on the platform.

In a blog post on Tuesday, Dorsey admitted he took his hands off the wheel when a prominent investor tried to oust him from the platform.

Since Musk took over Twitter in October, he has been uncovering huge swaths of disturbing evidence of Twitter’s negligent inner workings and potential 2020 presidential election interference.

The suspicions of conservatives were confirmed as it was revealed many were “shadow banned” or stifled on the platform despite Dorsey’s insistence it was not the case.

Dorsey now says platforms such as Twitter must resist trying to control the public conversation, not at the whims of individuals to moderate content.

“The Twitter when I led it and the Twitter of today do not meet any of these principles,” Dorsey wrote. “This is my fault alone, as I completely gave up pushing for them when an activist entered our stock in 2020.”

As The Daily Wire reported:

The activist Dorsey referred to is believed to be the hedge fund Elliott Management, which in 2020 bought a big chunk of Twitter stock and then began trying to oust Dorsey as CEO. Dorsey finally did step down as CEO in November of 2021, more than a year after the platform had suppressed the explosive Hunter Biden laptop story and well after it banned then-President Donald Trump, despite Musk’s new revelations showing Trump had not explicitly violated any of Twitter’s rules.

Elliott sold off all of its stake in Twitter after Musk initially agreed to buy the company in April.

Dorsey admitted he regretted that Twitter tried to manage what people said on the platform.

RELATED: ALL of Katie Hobbs’ Twitter Files Could Be Released in Days as #saveaznow Trends

“This burdened the company with too much power, and opened us to significant outside pressure (such as advertising budgets).”

The former Twitter CEO also said the decision to ban Trump after the January 6 riots showed the platform has too much power.

“I generally think companies have become far too powerful, and that became completely clear to me with our suspension of Trump’s account,” he wrote.

“As I’ve said before, we did the right thing for the public company business at the time, but the wrong thing for the internet and society.”