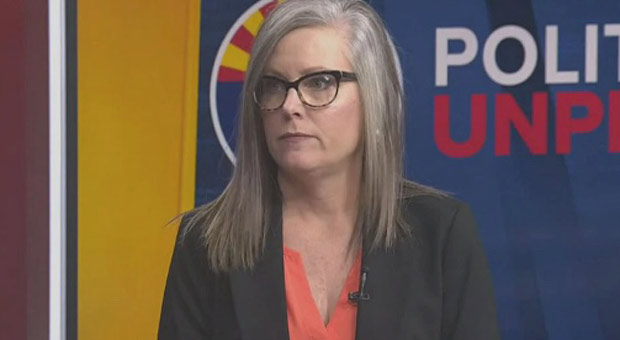 More Republicans are calling on Elon Musk to release the Twitter Files relating to the 2022 election and Katie Hobbs’ requests to censor political opponents.

If Musk decides to release the files, it could prove that massive censorship played a role in the election day results and irregularities.

Judging by the sheer speed of the recent Twitter files releases, Hobbs may very well be next in line, and that could be days.

As we reported earlier, around 50% of the tabulators or printers were not working on Election Day in Maricopa County. This resulted in Republicans waiting 4 hours in the Arizona sun just to vote. Meanwhile, thousands were told they could vote at a different precinct, which they couldn’t. Then tens of thousands were told to put their ballot in a box that would be counted later.

Democrat candidates won more than 50% of the votes even though they only recorded 17% of the turnout on Election Day.

As The Daily Fetched reported, Hobbs played a key role in censoring social media speech while serving as Arizona’s secretary of state:

According to documents submitted as part of discovery in the case Missouri v. Biden, Hobbs’ office contacted the nonprofit, the Center for Internet Security (CIS) – which acts as a mediator between social media companies and government entities, to request a “review” of Twitter posts which claimed Arizona’s voter registration system was owned by foreign actors.

“This is an attempt to further undermine confidence in the election institution in Arizona,” Hobbs’ office said.

Twitter promptly told CIS it would “escalate” their issue.

Hours later, Twitter notified CIS it had removed the offending posts. The exchange took place a day after the Capitol riots.

“Both Tweets have been removed from service,” stated Twitter.

According to documents submitted as part of discovery in the case Missouri v. Biden, Hobbs’ office

“@elonmusk could #saveaznow by releasing all @KatieHobbs #TwitterFiles related to the 2022 election and censorship of @KariLake. Unblock @gatewaypundit and release the documents too!”

Trump-Endorsed State Senator Wendy Rogers said, “It would go a LONG WAY” if Elon Musk gave us the truth about this election.

Meanwhile, the latest edition of the Twitter files release revealed prominent conservative political commentators like Dan Bongino and Charlie Kirk were slapped with “search blacklist” and “do not amplify.”