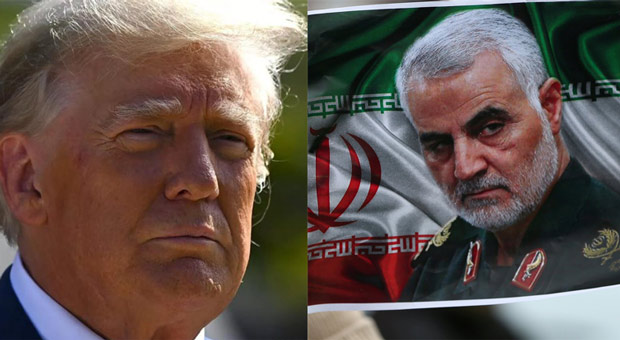 The head of Iraq’s Supreme Judicial Council, Faiq Zaidan, has issued an arrest warrant for former Donald President Trump, according to a report from Baghdad Today.

The warrant, issued on Thursday, was first reported by Iraq News on January 6th, 2023.

The President of the Supreme Judicial Council, Faiq Zaidan, announced on Thursday the issuance of an arrest warrant for former U.S. President Donald Trump, according to Baghdad Today news agency.

Zaidan mentioned in a statement that the Iraqi judiciary issued an arrest warrant for former U.S. President Donald Trump, who confessed to having committed the crime, calling on those investigating the assassination of the Quds Force commander, Qasem Soleimani, and chief of staff of the Popular Mobilization Forces (PMF) in Iraq, Abu Mahdi Al-Muhandis, to make an exceptional effort to uncover the perpetrators, Baghdad Today news agency reported.

“Why has [Trump] not yet been held accountable for this heinous crime?” the head of Iraq’s Supreme Judicial Council asked.

In 2020, the U.S. army carried out a military operation that ended in assassination of terrorist leader Soleimani near Baghdad International Airport.

Although many praised the assassination of the terrorist leader, Iran vowed strong revenge.

The Iranian army responded by firing missiles at Ain Al-Assad base, the largest U.S. base in Iraq.

RELATED: Putin: The ‘Main Threat’ to Russia ‘Is the United States’

According to an article by Charles Kennedy on OilPrice, “The arrest warrant charges Trump with premeditated murder. While the warrant is clearly symbolic, a conviction of this nature carries the death penalty.”

The article then describes why Iraq, thought to be a U.S. ally and partner in the Middle East, would issue an arrest warrant for a former U.S. president, writing:

Iraq, the second-largest oil producer in OPEC, is caught between rivals Iran and the United States, while Iran’s influence has grown exponentially since the toppling of Saddam Hussein following the 2003 U.S. invasion.

Trump ordered the drone strike on IRGC General Soleimani in the summer of 2020, which was condemned by international bodies like the U.N.

According to a BBC report:

Soleimani died along with nine other people in a drone strike near Baghdad airport in Iraq in January.

A report by the U.N.’s special rapporteur on extrajudicial killings, Agnes Callamard, says the U.S. had not provided sufficient evidence of an imminent threat to life to justify the attack.

The U.S. state department accused her of “giving a pass to terrorists.”

Last week, Iran issued arrest warrants for U.S. President Donald Trump and 35 others on charges of murder and terrorism in connection with the killing.