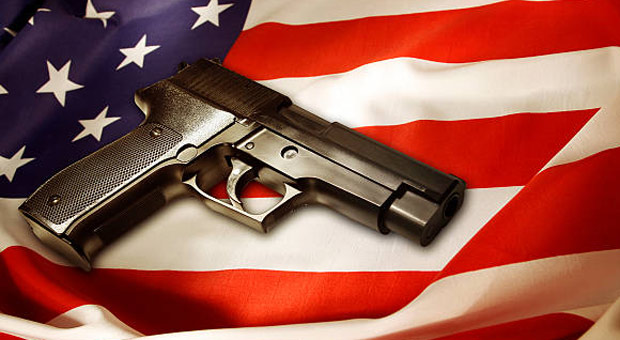 The House Oversight Committee has claimed in a report that gun company ads in the United States use “aggressive marketing tactics” with “veiled references” to white supremacist groups “like the Boogaloo Bois” while emphasizing “masculinity.“

“The business practices of these gun manufacturers are deeply disturbing, exploitative, and reckless,” said Rep. Carolyn Maloney (D-NY), who chairs the committee.

“The [gun] industry is both creating these customers and marketing to them,” she added.

“And therefore, it’s propagating more of this radicalization,” said Ryan Busse, a former firearms executive who testified before the House committee about “the dangerous ways that AR-15s are intertwined with political radicalization” last week.

Busse says the gunmakers are targeting “this angry, young male, politically active, conservative, aggrieved, dreams of using the AR-15 to ‘make things right in the world.”

“In other words– people who also fall right into domestic terror groups and radicalization and everything else,” he said.

According to a report from the Insider:

Some gunmakers have also appeared to make references to far-right groups.

One example of this political targeting is an AK-47-style pistol produced by Palmetto State Armory, which is adorned with a pattern resembling the signature Hawaiian shirts worn by the Boogaloo Bois far-right extremist group.

The Democratic committee report also blasted gun company ads for ‘preying on masculinity’ with claims firearms will put people “at the top of the testosterone food chain.”

One example of this is AR-15 maker Bushmaster’s 2010 “Man Card” campaign, which marketed its guns to a “Man’s Man” in a “world of rapidly depleting testosterone.”

The campaign stopped following the 2012 Sandy Hook massacre, where 26 were killed, including 20 children aged six and seven, by a gunman armed with a Bushmaster XM15-E2S rifle.

The campaign’s success became a template for other gunmakers to follow, Busse wrote in The Atlantic. -Insider

There are around 19.8 million AR-15-style rifles officially in circulation in the US.

That doesn’t add up; the gun companies are making ads aimed at Democrat voters?

Why? Because the gun ads do not star a black dude accompanied by an adoring white chick, like almost all other commercials?

Most liberal men are real sissy boyz trying to be men. l**o!!! And liberal women are by far the FUGLIEST females on earth. They hate themselves and everyone who doesn’t agree with their sicko mentality. Liberals are sick people!