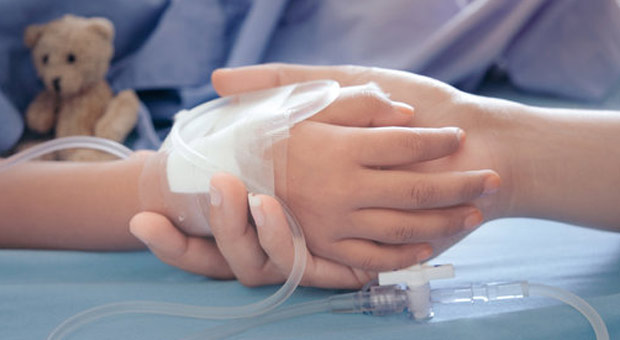 Hospitals across the United States are overwhelmed with children suffering from a specific respiratory illness, according to reports.

According to a report from The Centers for Disease Control and Prevention (CDC), data showing Respiratory Syncytial Virus (RSV) cases spiked over the last month.

Typically, RSV causes children to contract the usual mild-cold symptoms, but the impact could be far worse for those with a compromised immune system or a heart defect.

“We have observed a rise in RSV in multiple U.S. regions, and some regions are nearing seasonal peak levels,” a CDC spokesperson told NBC News.

The chief physician of Connecticut Children’s Medical Center, Dr. Juan Salazar, told The Hill cases began to rise exponentially in September, which he says he has never seen before.

He said the Hartford-based hospital had been inundated with children suffering from the virus, with staff debating whether to call the U.S. National Guard and FEMA for support.

Federal authorities would place tents outside the hospital to assist with the capacity.

Salazar said theories, including herd immunity and immune suppression, have caused the emergency department to experience “the perfect storm.”

“Our hospital was full,” Salazar said. “Our traditional pediatric in-patient beds … we have three floors with 25 beds in each location — we can expand to 28. All of those were full this morning.”

Over 650 beds from three different hospitals have now reached their limit; those hospitals include:

MedStar Montgomery Medical Center pediatrician, Sofia Teferi, said she could not find an intensive care bed for a 4-month-old patient in the region.

“The fact that you have to look at the parent and say your kid needs ICU-level care, but we have no bed for them: That’s a very hard conversation to have,” Teferi said. “I’m just floored by the whole thing — in the nation’s capital.”

“It’s not just a problem of how busy we are at Hopkins, which we are, but it flows out to the remote community emergency rooms that have to move kids,” he said.

Signs that a child has contracted RSV include changes in breathing, grunting noises, and chest caving with each breath, according to The Hill.

No mention of the Vax that could cause breathing issues .. Thats what it is..

Don’t worry! They will soon have an mRNA vax for RSV – LOL! Check the link… https://www.news-medical.net/news/20221017/Researchers-explore-the-development-of-mRNA-vaccines-against-respiratory-syncytial-virus.aspx