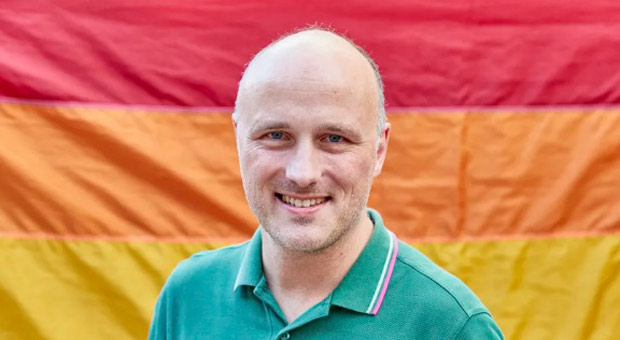 German Green party MP Sven Lehmann has argued that using the dating app Grindr in the halls of the German parliament constitutes “work.”

Lehmann, who serves as Germany’s very first “Federal Government Commissioner for the Acceptance of Sexual and Gender Diversity, claimed that the use of Grindr within the German parliament is widespread.

The MP added that some politicians use the gay dating app during plenary sessions.

“I was surprised at how high the impact density on Grindr is in the Bundestag,” the politician reportedly said in a recent podcast.

The Green Party MP said he didn’t see a problem with the prevalent use of the app, arguing that politicians can gain valuable information through the platform on topics such as monkeypox.

“You just go through all the apps from time to time, including Grindr,” the MP said.

The declaration that the use of gay dating apps during a sitting of the German parliament constitutes work for politicians has been met with mixed reactions in the country, with some openly deriding the suggestion that swiping on dating apps at such times is acceptable.

“Dating apps are a private matter and should remain so,” fellow MP Florian Hahn from the Conservative Christian Social Union remarked.

“When Mr Lehmann mixes his private and professional life, you have to ask yourself about his work ethic.”

The German gay interest website Queer.de reports that using Grindr was not the only issue discussed on the podcast, but also the current handling of the monkeypox virus.

The Green politician rejected the idea that either abstinence or monogamy was a possible solution to the rapid spread of the disease.

Lehmann’s stance is a far cry from the position he held in the past during the COVID pandemic, arguing mandatory vaccination was “necessary” to help the country’s health workers.

The politician is also described as revealing his sex life with the podcast hosts, reportedly explaining how he had a one-night stand with a “very prominent person.”

While the parliamentarian refused to go into much detail, he did confirm to the show that the experience was very “hot.”