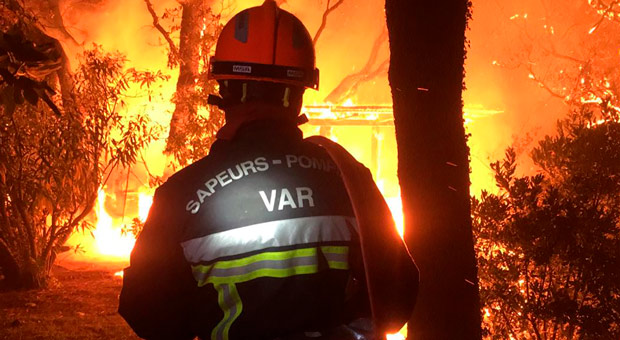 A firefighter in France has admitted to starting several fires this year, causing large damage to land and forests as temperatures soared to more than 40°C (104°F) between May and July.

The 37-year-old volunteer fireman said he started the fires for the “adrenaline” and to get away from his family.

French police arrested the firefighter last Wednesday near the site of several fires in the commune of Saint-Jean-de-la-Blaquière.

A day later, he admitted he also had set fires in May in Saint-Privat.

The fireman told police he had been setting fires for over three years for an “adrenaline” rush.

Broadcaster RFI reported that the fireman claimed he wanted to “provoke firefighting operations to escape from an oppressive family environment.”

The man, who also served as deputy mayor in Saint-Jean-de-la-Blaquière and as a forest officer, admitted he had set at least eight fires since May this year.

“He has a hard time explaining it,” the firman’s lawyer Marion Barre said.

“He already says that it is an addiction in the same way as cigarettes or narcotics or alcohol. He needs to light fires; he needs to see fire,” Barre added.

“And the second thing is that it also allowed him to have adrenaline rushes. It’s something he needs,” Barre said.

“He couldn’t stop. The way it stops is perfectly dramatic, of course. But he is relieved that there is an end to all these acts that have been committed.”

Meanwhile, French authorities arrested another man near Bordeaux over another fire believed to be deliberately started.

Earlier this week in Europe, Portugal and France where faced wih new wildfires as temperatures were expected to spike further.

Portugal is preparing for temperatures of more than 40°C (104°F).

Residents tried to slow the advance of the flames by hosting their gardens, as the fire also swept through neighboring forests, according to television images.

Elsewhere, other major outbreaks raged in northern and central Portugal, requiring over 1,000 firefighters.

In central Ourem, a river beach was also evacuated as a precaution, while two people suffered smoke inhalation, according to an emergency official quoted by the Lusa agency.