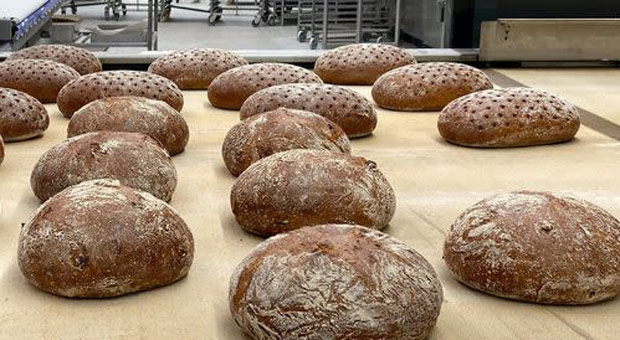 A family-owned Bakery in Germany was slapped with a €330,000 bill for gas consumption over the past four months, as energy prices in the country.

“Are they crazy?” Vatter reacted indignantly, according to the Bild newspaper.

“A year ago, we paid €5,856 per month in gas costs for our large furnaces and heating,” he explained.

The business owner had concluded a contract with a price guarantee until the end of 2023.

But the contract was suddenly terminated.

Now the energy supplier is demanding a price increase of 1,200 percent.

According to Vatter, the energy company did not provide a reason for the increased price.

Due to the Bakery being a craft business under commercial law, the owner said they could not receive any support from the state.

His Heinz Hemmerle bakery in Muelheim an der Ruhr depends on electricity to run its kneading machines and cooling rooms.

As Reuters reported, the new electricity bill will kick in by the beginning of next year, Hemmerle said, rising from the 300,000 euros the company was paying before.

“In the baking trade, many companies are up to their necks in water, they no longer know how to bear the costs,” Daniel Schneider, the head of Germany’s bakeries association, told Reuters.

As The Daily Fetched earlier this month:

In the wake of the Ukraine war, Germany has completely lost access to its gas supply from Russia, prompting fears of energy riots and deaths due to people freezing to death because they can’t heat their homes.

Germany’s climate minister, Robert Habeck, blamed poor leadership, the state of the country’s energy, and their dependence on Russia – which former president Donald Trump warned them of four years ago.

Because Germany lacks natural gas, it will struggle to keep itself supplied over winter.

Although authorities appeared to U-turn, saying they would keep on in reserve two of the three remaining nuclear plants, critics said the plants could not be used as reserve power stations as they can take days to start up.

“Sending two of the three running systems to the cold reserve at the turn of the year in order to start them up if necessary is technically not feasible and therefore unsuitable for securing the supply contribution of the systems,” a letter from one energy tsar to government officials in regards to Habeck’s plan reportedly read.

As you can see, those sanctions are really punishing Russia. Keep it up EU, and you will have mass riots in your own countries, especially come winter.

Looks like Ukraine was a conflict the world should have stayed out of.

Dumbkopf should know his consumption and the new price per kWh.

Doesn´t work that way here. The companies are screwing the people. You have an estimated usage and pay monthly accordingly. At the end of the year your meter is read and then you either pay or get a refund. Now they are just adjusting the monthly payments 4 – 10 times higher, it is insane.

You were warned by the President of the United States and you laughed at him. Just keep listening to that autistic kid from Sweden on how you should produce energy. It’s working great!

Now the President is giving them the horse laugh!

Natural gas in the USA will be bought by the highest bidder and shipped to Europe soon. There will be shortages and price hikes in the USA as we start to supply them. America’s bill will soon go up too.

Left-Leaning 'The Breakfast Club' Hosts Stunned as Callers Say "I'd Rather Have Trump" than Biden
Hosts of Charlamagne tha God’s left-leaning ‘The Breakfast Club’ were left stunned...
No posts found
wpDiscuz
8
0
What are your thoughts? Click to commentx
()
x
| Reply