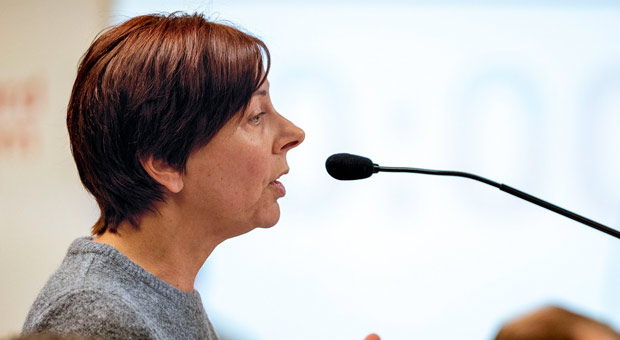 A 34-year registered Democrat from Pennsylvania has dumped her party and signed on with Republicans.

Beth Ann Rosica explained on “Fox & Friends First” why she abandoned the party.

Rosica’s words most likely echoes more than 39,000 other former Democrats in Pennsylvania who have switched party affiliation.

Rosica said the economic situation was one of the reasons she left the party, but more so with what has happened to children during and since the COVID-19 outbreak.

“I think the economy is huge, and I also think a lot of the school issues for parents across the state of Pennsylvania,” she said.

“All of these failed policies have just really resulted in academic losses.”

She said that many people, especially parents, are “fed up and disgusted with what’s happened here over the last two and a half years.”

“As a former Democrat for 34 years prior to the pandemic, I, too, thought that the Democratic Party was really focused on the people that they pretend to support,” Rosica said.

She added that it was the party’s reaction to COVID-19 that prompted her to leave the party.

“What I saw through the pandemic was that the Democratic Party basically abandoned all of those people,” she added.

“It was something that opened her eyes,” Mrs. Rosica said.

“And so that was why I left the party, or as I like to say, the party really left me, and I think that a lot more people are really starting to see that,” she said.

This election period has witnessed what can be presumed as a record-breaking party swap as democrats continue to see the light. Biden is to thank for this enlightenment as he caused many crises that made these democrats see that they have been fighting for the wrong reasons all along.

Reports show that democrats in Pennsylvania are dumping the party daily ahead of the upcoming elections.

New York Post recently reported that about “8,400 Democrats in just the western part of Pennsylvania have switched parties to become Republicans ahead of the 2022 midterm elections,” and more are still leaving.

In 2022, about 40,000 democrats have switched their registration to the GOP, and only 12,000 republicans have changed their party registration in contrast.