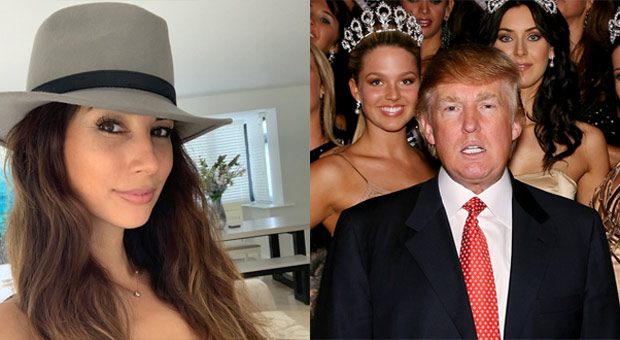 After the new owner of Miss Universe declared a ‘new era’ for the world-famous beauty pageant where transgender people would lead “women’s empowerment,” the competition becomes the latest American tradition facing complete destruction at the hands of the ‘woke’ mob.

“It has been 70 years that Miss Universe Organization run by men. But now, time is up, is the moment really, for women to take the leap,” Jakrajutatip said.

However, many in the industry have argued this is not a step forward for the beauty pageant; rather, it will negatively affect the image and the future of the competition.

“I don’t know how this owner claims Miss Universe is now owned by women; the owner is a trans woman, which means a biological man,” Leilani Dowding said. “So miss universe has another male owner.”

“I don’t mind if the owner wants to play dress up, impersonate a woman by doing her hair and makeup… the fact is miss universe owner is not a woman,” Dowding pointed out.

“The saddest thing is we will likely have to see women compete against men who have had tens of thousands of pounds worth of cosmetic surgery and have to live with the thoughts that men can beat women in a beauty contest and not only take the crown, but also the prize money, endorsements, and scholarships.”

“I’m glad I went to Miss Universe when it was owned by Trump,” Dowding said.

“For me, when I won Miss GB, it was instrumental in me getting my visa for the USA,” she added.

“The whole trans movement is very dangerous in many ways when people expect you to actually believe they have changed gender,” Dowding continued.

“I don’t care what someone decides to dress up as or how they mutilate their body, but I do have a problem when the delusion is forced on me, and I’m expected to believe they are actually the opposite sex.”

“I also think this plays into the body’s positive movement, which takes away from instinctual beauty and attraction,” she added.

“The attraction in seeking a mate. And both the trans movement and body positive movement create customers for life for big pharma.”

“I see the trans agenda taking over women’s sports, women’s awards, and other competitions,” Dowding said.

“I see them using every possible outlet to confuse children, to demoralize little girls in sport and competitions.”

The news comes just over a month after Brían Nguyen became the first biological male to win a title under the Miss America Organization – The Miss Greater Derry Scholarship Program which provides scholarships to “young women” between the ages of 17 and 24.

In a previous article, Dowding wrote in response to Nguyen grabbing the title, “Seeing the news that Brían Nguyen won the pageant made me think how I would feel if I was beaten by a large biological male after spending months training and preparing for the contest. Winning the competition opened up a world of opportunities to me, a result of being allowed to fairly compete in an era absent of woke ideology. Sadly these young women today are not being given the same chance.”

I hope Mrs. Trans acts shocked when nobody watches it the faked outrage will be glorious.

Nobody will watch it anymore. It’s a freak show.

God made men and women to be attracted to each other.The sick Satanic degenerates want to destroy what the God of the universe made.

“It has been 70 years that Miss Universe Organization run by men. But now,….”
Now?…. IT STILL IS!!! ROFLMAO
They’re just in dresses!!!
AAAAAAAHAHAHAHAHA